Domaine Roger Sabon is a good example of a family-run estate in Châteauneuf-du-Pape. Roger Sabon founded the domaine as we know it today in 1952, following in the footsteps of his father, Séraphin Sabon, who created Clos Mont-Olivet twenty years before. In 1973, with the help of his three sons, Denis, Gilbert and Jean-Jacques, Roger Sabon acquired a 12-hectare property in Lirac. Today, the winery is managed Denis and Gilbert Sabon, along with Denis’ children, Delphine and Julien. Didier Négron, the late Jean-Jacques Sabon's son-in-law, joined the estate as enologist in 2001, and is now the cellar master.

The domaine owns seventeen hectares of vines in Châteauneuf-du-Pape, composed of fifteen parcels located in the heart of the appellation, mostly on soils rich in pebbles. Their other property, Chapelle de Maillac, is located on the opposite bank of the Rhône River, and includes twelve hectares in Lirac.

Grapes are almost fully destemmed because Didier Négron wishes to limit the risk of vegetal notes potentially brought by stem inclusion. Négron explains that the philosophy of the domaine is to work with long macerations, which last about a month. According to Négron, the wines maintain good freshness thanks to careful blending and the meticulously chosen harvest dates of each parcel. With the Syrah, for example, the domaine works with lower ripeness levels to maintain freshness as well as color in the wines. Similarly, with the Grenache (the base of every wine produced at Roger Sabon, depending on the soils and the characteristics of the parcels) Négron seeks a bit less ripeness on the vine to keep natural freshness and retain acidity, which contributes to good tension in the wines.

The winemaking methods employed at Domaine Roger Sabon are reflected in the style of the wines. From beginning to end, the wines display deep, expressive notes of red and dark berries that don’t ever seem to be held back. Nevertheless, this intensity is never over-ripe or candied; to the contrary, the fruit is well balanced by a beautiful sense of freshness.

Multimedia: In the Cellar with Didier Négron 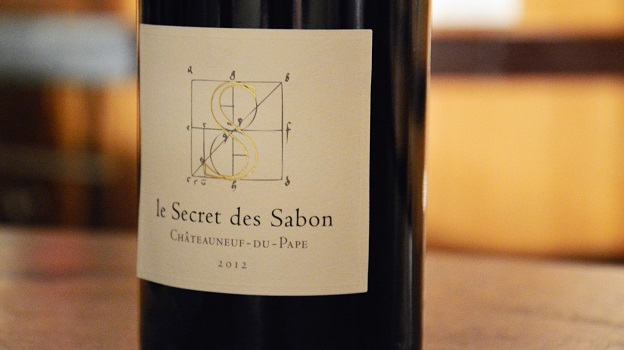 The Châteauneuf-du-Pape Blanc Renaissance is the only white Châteauneuf-du-Pape produced at the domaine. The Rennaissance is based on Roussanne, with Clairette, Bourboulenc and Grenache Blanc rounding out the blend. The fruit is sourced from soils made of sand as well as clay and limestone. Once harvested, the grapes undergo a low-temperature fermentation in demi-muids. Aging takes place in the same demi-muids, and lasts six months with weekly stirring of the lees.

The Lirac comes from the twelve hectares the domaine possesses in Roquemaure, at the Chapelle de Maillac. The parcels are located on hillsides, with soils composed of small pebbles and clay. The Lirac is built on a core of Grenache, with Syrah, Mourvèdre and Carignan completing the blend. The grapes are fully destemmed and fermentation lasts from 20 to 25 days. Aging is done in casks and demi-muids.

The Châteauneuf-du-Pape Les Olivets is the most affordable Châteauneuf-du-Pape produced by Domaine Roger Sabon. It is made mostly from Grenache, with some Syrah and Cinsault. The soil is composed of clay and limestone, and is covered with pebbles. Fermentation lasts about 20 days, while aging takes place in 40 HL casks for a period of 15 months.

The Châteauneuf-du-Pape Réserve is a blend of Grenache, Syrah, Mourvèdre, and Cinsault, all from soils made of pebbles, clay, limestone and silica. The fermentation lasts about 21 days. The Réserve is aged in oak for 16-18 months, seventy per cent in casks and thirty per cent in demi-muids.

The Châteauneuf-du-Pape Prestige coul be considered the estate’s top cuvée. A blend of Grenache, Syrah, Cinsault, Mourvèdre, Terret, Counoise, Vaccarèse et Muscardin, the Prestige is sourced from soils made of pebbles, clay and limestone. The fermentation is a bit longer here, between 25 to 30 days. Aging takes place in casks and demi-muids and lasts 16 to 18 months.

The Châteauneuf-du-Pape Le Secret des Sabons is one of the rarer and more expensive wines of the appellation. Although the blend is kept a secret, there is no doubt Le Secret is mostly made from old-vine Grenache vines that surpass the hundred year mark. Le Secret spends about 12 months in demi-muids. The domaine officially started producing Le Secret in 1998, and it has been made in almost every vintage since then. Because Le Secret des Sabons is sourced from very small parcels yielding less than 20HL per hectare, fewer than 2,000 bottles are made annually.

The 2013 Châteauneuf du Pape Renaissance displays great tension and underlining minerality, all the while showing sweet and candied notes. The exotic bouquet of aromas includes rich notes of pineapple and mango that lead into the lengthy finale.

The 2012 Lirac is another superb effort from Sabon. Mostly made out of Grenache, with Syrah, Mourvèdre and Carignan, this velvety, silky, and medium bodied effort opens with intense aromatics. This gracious wine displays notes of red stone fruits and concludes in a very well crafted finale. A solid Lirac.

Somewhat in the shade of its counterparts, the 2012 Châteauneuf du Pape Les Olivets is the least impressive wine in this line-up. Quite straightforward, the Olivets is nevertheless tasty, with notes of red berries and cherry wrapped into an elegant frame.

The 2012 Châteauneuf-du-Pape Réserve is a real step up from Les Olivets. Starting off with  great purity on the palate, the Réserve possesses a beautiful backbone of structure as well as expressive notes of licorice and cherry pit. The 2012 exhibits pure scents of ripe berries, but without being overripe at any moment. This is an intense Châteauneuf-du-Pape that speaks to elegance, freshness and purity.

A bit more backward than its Réserve counterpart, the 2012 Châteauneuf-du-Pape Prestige needs time in the glass to unfold its gorgeous layers of aromatics. Underlined by beautiful overall complexity, this striking Châteauneuf displays pure notes of cherry, blood, and blackberry. Its finesse pushes the aromatics very far in the lengthy finale, and opens the way to fine notes of black pepper.

The 2013 Châteauneuf-du-Pape Prestige seems to be even sweeter and more perfumed than its 2012 counterpart, and will most probably be more approachable in its youth. Displaying a lot of garrigue in its aromatics, this strong effort has a gorgeous core of fruits and ends on a beautiful finale with pepper notes.

The 2012 Châteauneuf-du-Pape Le Secret des Sabons, mostly made out of old vine Grenache, is a truly different wine than its siblings. Much more concentrated than the Prestige bottling, the Secret displays a rich, Grenache-like nose, with great notes of licorice that continues in the mouth. Star anise, blackcurrant, and blackberry add tremendous complexity to the mouth and stay along during the super lengthy and introspective finale. This quintessential Châteauneuf-du-Pape has a lot in its guts and displays precise tannins all along the way, but it’s a wine I wouldn’t touch until 2018, at least.

Although Didier Negron isn’t sure whether he will bottle a Châteauneuf-du-Pape Le Secret des Sabons in 2013, we sampled it from the demi-muid in which the wine is currently aging. Displaying an astonishing concentration and finesse, this beautiful Châteauneuf offers a lot of red fruit in a similar fashion as the 2013 Prestige, and shows even more concentration and precision. This is a terrific showing considering how tough 2013 was for Grenache.