Two-thousand nineteen provides a somewhat welcome return to a mostly classic style of Beaujolais following the often weighty, ripe, and dark-fruited wines of 2018 and 2017. Compared to 2016, 2014 and 2011, most of the 2019s are definitely on the richer side, but I ran across few examples that approached the weight, much less the warmth, of their 2018 and 2017 siblings.

Because of COVID restrictions I could not get to Beaujolais this year, but my colleague, Neal Martin, was able to get to France in June, which gave us an opportunity to provide Vinous readers with two independent perspectives on Beaujolais and its wines. Neal’s report will follow mine shortly. While I was able to sample some 2020s here in New York, the vast majority of wines will start arriving this fall and then proceed at least into next spring. Neal, on the other hand, tasted mostly recently bottled 2020s and 2019 and 2018 late releases. I hope to get to Beaujolais this winter to check out the 2020s in person, but it is hard to know when that will be possible.

2019: A Step Back to Normal, Relatively Speaking

Two-thousand nineteen started off cold, with frosts occurring across the region in the first week of April and subsequent crop loss. The weather was generally clement until the warmth cranked up, often significantly, in late June. Rainfall was sparse, which also kept yields down. The last weeks of August saw abundant rainfall, invigorating the vines as they headed toward a harvest that was much later than those of the previous two years. Picking commenced on September 10 and hurried along until the last week of the month in most crus. The fruit was ripe, but with good buffering acidity. That shows in the wines, a number of which I found to be truly outstanding and, in many cases, age-worthy. 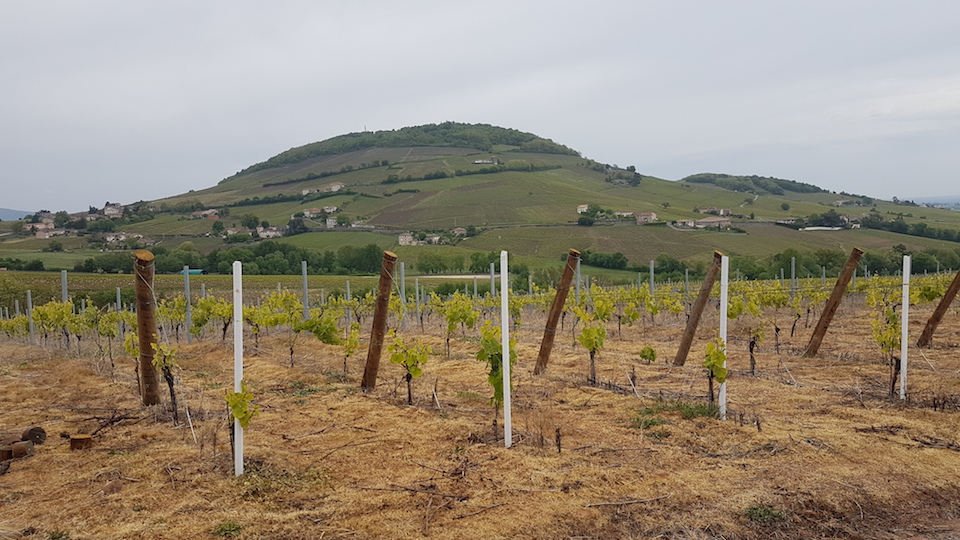 Mont Brouilly, which rose up over 35 million years ago, dominates the Beaujolais landscape and is home to some of the region's most prized vineyards.

I have been more impressed by the relative energy of many 2018s when compared to their 2017 counterparts. That’s interesting because it was a hot year, cumulatively as hot as 2017, but the growing season started off cooler and later, and stayed that way until the last week of June, with ample rainfall throughout. Subsequently conditions turned hot and dry. Fruit ripening took off, resulting in a harvest that began on August 28, earlier than normal – but what’s normal now? Thanks to fine weather and rain, fruit set was good, with ample groundwater reserves. Yields were on the normal to generous side, with clean, ripe and sometimes very ripe fruit. Crop levels were definitely higher than those of 2017, which I think makes many of the wines quite accessible (they are by no means diluted) and, for me, fresher, with slightly higher acidity and usually more red fruit than their more structured and darker 2017 siblings. All of that said, there are some truly outstanding wines from 2018; just don’t expect many of them to be taut and nervy.

Low yields were inescapable in 2017, which saw hot and dry conditions throughout the season across the region. Worst of all, severe hail, storms and even a tornado in Moulin-à-Vent on July 10 cut back what was already shaping up to be a short crop even further. Some sites, many of them in prime Beaujolais real estate, suffered as much as 75% fruit loss. The wines have turned out to be generally on the beefy side, with more dark fruit character than usual and sometimes serious structure because of thick skins. Then there are the often-elevated alcohol levels, with some wines even showing northern-Rhône-like Syrah qualities. That has already given many Beaujolais purists pause in their buying, of both the 2017s and the 2018s.

Short crops and low yields, especially in a warm year, aren’t usually a good thing with Gamay. The extra dimension of concentration, not to mention ripeness, often equates to depth and possibly tannin-based structure at best, and clumsiness, elevated alcohol levels, overt dark fruit character and diminished acidity at worst. I suspect those potential pitfalls are the last thing that most Beaujolais lovers are looking for.

Looking ahead, 2020 is shaping up to be a promising year because of good, if often hot, weather and, even more significantly, based on the admittedly small number of wines that I’ve had the chance to try so far. The growing season was hot, again, so hardcore, old-school Beaujolais fans are probably going to want to tread carefully. I’ve tried just over a few handfuls of the 2020s, but since they’re from some of the region’s best producers, it’s worth making a cautious, albeit early assessment. Just don’t hold me too hard to it.

The growing season kicked off fast, with warm early spring weather and, fortunately, no frost issues, which are always a possibility in the region. The spring stayed that warm, and temperatures continued to rise into and through the summer with little rain. That shortened the crop, which no producer ever wants to have happen. Fortunately there was no hail, and because of the dry weather there was no rot, so growers were able to pick ripe, clean fruit starting very early, on August 20, with higher than historically normal sugar levels and good acidity levels that lean to the lower side. I emphasize “historically” because the last decade and a half has given vintages that are pretty out of balance, ripeness-wise, compared to most years in the preceding decades (although there were a few scorchers in there as well, notably 2003 and 1976). Based on the small selection I’ve sampled so far, I’m guessing that 2020 will turn out more like 2019 than 2018 or 2017 but on the dark fruit side for Gamay. I’d also imagine that there will be several un-classical wines coming down the pike, much as was the case in 2018 and 2017, but I hope that the high quality of the fruit will carry most wines closer to 2019 in style. 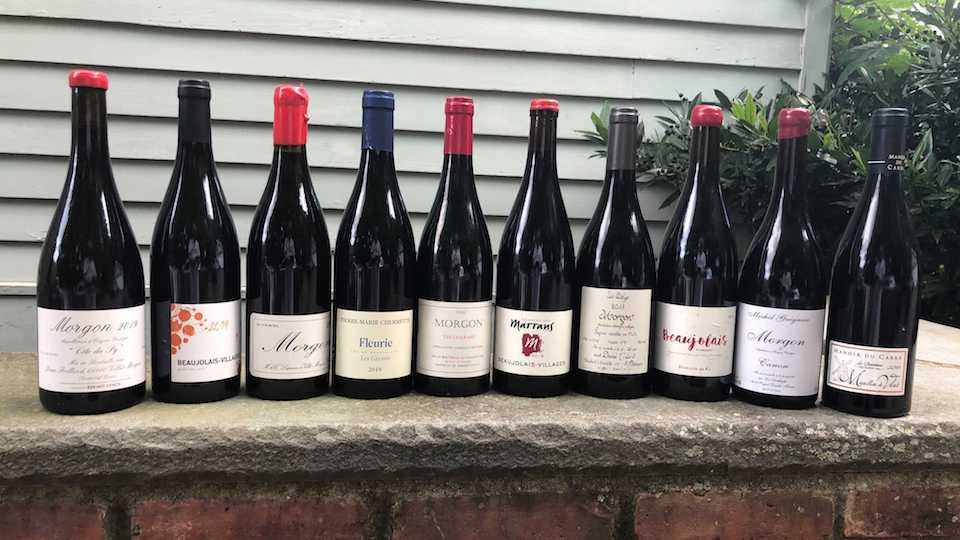 An increasing number of new, mostly young Beaujolais growers are following in the “natural” winemaking footsteps of iconic producers of the region like Lapierre, Breton, Thevenet, Foillard, Descombes and Chamonard. The objective is a return to the way most Beaujolais was made until roughly the 1960s, or maybe the 1970s, when de-stemming of the grapes, use of commercial yeasts and increased alcohol levels started to change the wines’ traditional personalities.

Organic farming practices are a must. Cellar practices entail carbonic, sometimes semi-carbonic maceration of whole clusters, with native yeasts and no added enzymes. Fermentation typically takes place in concrete vats, and aging, usually brief, is done in concrete tanks or neutral oak barrels, most commonly foudres. Sulfur is applied minimally, sometimes not at all, and only at bottling, where fining and filtration are shunned. That’s what it’s about in a very tiny, broad-brush-painted nutshell. There’s no question that these wines are often exceptional. Indeed, most of the very best producers in Beaujolais (like those mentioned above) make their wines by these practices, or close to them. However, the wines can be highly fragile, mostly on account of the sulfur regimen, or lack of it. Exposure to heat, sometimes even briefly, can make wines go haywire, causing them to show funky, gamy qualities that simply overwhelm their character, especially fruit and floral expression. Wines can take on a metallic quality on the palate that’s known, not affectionately, as “mousiness,” which refers to the scent of an untended rodent cage or an area that’s infested with such critters. It’s hard to miss and, at least for me, almost impossible to ignore. At their best these wines are as good as Beaujolais gets, but the further away from their home you drink them, the greater the danger of not seeing them at their best. Fortunately, importers around the world are well aware of all of this and, in my experience, are highly fastidious with shipping, storage and delivery practices, increasing the odds that the wines will not suffer from travel.

Beaujolais: If You Want Value (You’ve Got It), Josh Raynolds, October 2019