A Lucky ‘13 for Beaujolais Lovers

The last decade has witnessed some of the best Beaujolais vintages in history. Two thousand thirteen is proving more than qualified to stake its claim among them. The products of a late growing season and a prolonged harvest, the 2013s possess the freshness and fruit intensity that are classic attributes of the region’s wines, plus the depth and structure to ensure positive development in the cellar. Simply put, I can’t imagine any wine lover who enjoys great Beaujolais not being thrilled to have a healthy stash of these wines in their cellar. 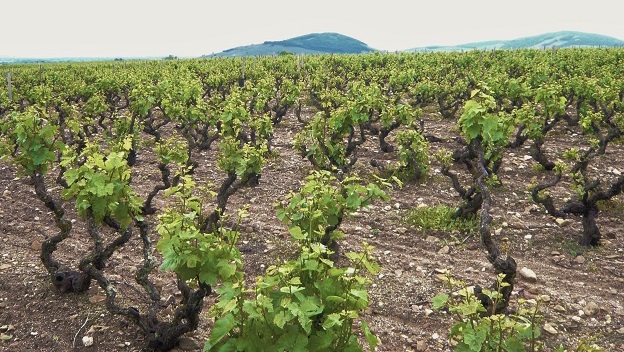 Les Charmes, the highest vineyard in Morgon, produces some of the appellation's most elegant wines

A Quick Recap of the 2013 Growing Season

The wines reviewed here represent later releases from the 2013 vintage, mostly from the region’s top producers. For notes on many earlier 2013 releases, please refer to my coverage published early last year. As I wrote then, the 2013 growing season began with a cool, rainy spring and early summer, but then benefited from dry, warm conditions from mid-July on through a true Indian summer. The harvest occurred late and under ideal conditions. The slow growing season resulted in small grapes, with a high skin-to-juice ratio, which meant plenty of tannins, but it’s the rare 2013 that shows a hard edge. On the contrary: these concentrated wines have a robustness that makes them quite appealing from the outset, which is when the vast majority of Beaujolais is consumed. But with their concentration, healthy acidity and solid skin tannins, the 2013s also have the depth and structure to evolve positively in bottle for at least several more years.

In contrast to the often-lean 2012s that preceded them (a few very late releases from that vintage are included in this article), the 2013 Beaujolais are generous and emphatically fruity in character. In many ways they resemble the wines of 2010, another epic vintage for the appellation and one whose wines are evolving gracefully. 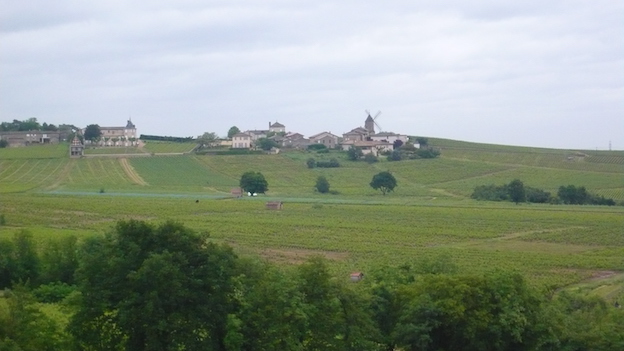 Moulin-à-Vent, as viewed from the northern sector of Fleurie

Of special interest to Beaujolais lovers is the fact that the precocious 2014s, which I will cover in August, have already stolen attention from the 2013s. Market participants often run in myopic, obsessive packs and right now 2014 Beaujolais is a pretty hot commodity. So with 2013 falling off the radar, savvy Beaujolais fans will find that plenty of attractive 2013s are still available, often at attractive prices.

Two thousand fifteen is another beast entirely. Many wines from this vintage had not yet been bottled when I tasted through a wide range of samples during my visit to Beaujolais in June but I can say with confidence that this vintage is very different from 2014 and 2013 and will mostly appeal to a different sort of Beaujolais lover. The hot, dry year made its mark. Many wines made from fruit harvested early as grape sugars skyrocketed will likely turn out along the lines of the 2009s (a great vintage for large-scaled Beaujolais) or the 2003s (a controversial vintage that produced many wines that were simply over the top.) Stay tuned.

I tasted most of the wines in this article at producers’ cellars in June, and the rest in New York in June and July.