The hot growing conditions that defined the 2017, 2018 and 2019 vintages in the Northern Rhône show in the white wines, but the best examples also offer a good bit of energy to counterbalance their richness and ripeness. Simply put, the whites here have never been better, while the top bottlings are easily some of the world’s finest wines.

Even though whites make up a tiny percentage of Northern Rhône production, they are a very important part of the vinous landscape. Almost all of the top producers here make at least one white wine, and the larger négociants usually produce a number of bottlings, often from every region up and down the river. Recent vintages in the northern Rhône (and across France) produced generous, fruit-driven wines that, in most cases, will likely show their best soon after release and over the coming three to six years. 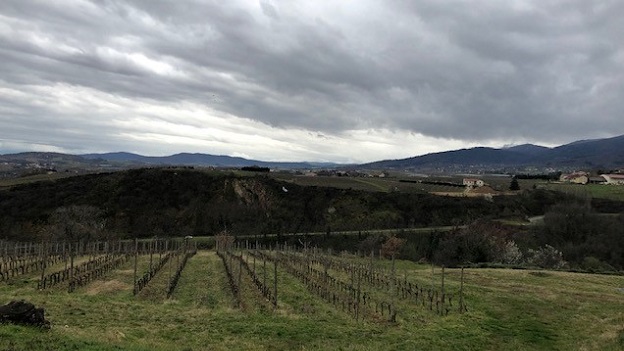 Saint-Michel-sur-Rhône is home to both top vineyards and some of the region's best cellars.

Coulure, which is the failure of fruit to set after flowering, attacked Condrieu with a vengeance because of a harsh cold snap during the first week of June. Many vineyards, especially the low-lying sites, suffered up to 50% and even higher crop loss, a number of producers told me. The growing season that followed was hot and dry, which pushed sugars up, while alcohol levels of a number of wines cruised to 15% and higher. Many of the Condrieus lean heavily to the exotic side, with more tropical fruit character than usual and also open-knit textures, meaning that this is a vintage where I would usually err on the side of youth when making my drinking plans.

Growers in the southern sector of the region, meaning Saint-Joseph, Crozes-Hermitage, Hermitage and Saint-Péray, fared much better, with no spring frost but the same hot and dry growing conditions. Again, many of the wines possess high alcohol levels and show distinctly ripe, even exotic character and acidities that are on the low side. Because of the steep ascent of sugar levels, the harvest – of healthy, rot-free fruit, it should be noted – took place earlier than usual, lest the fruit head too far around the ripeness bend. As with Condrieu, most of these wines, aside from the best Hermitages, are likely be most enjoyed on the early side. There are only a small handful of wines that I’d be thrilled to find in my cellar seven or more years after the vintage. 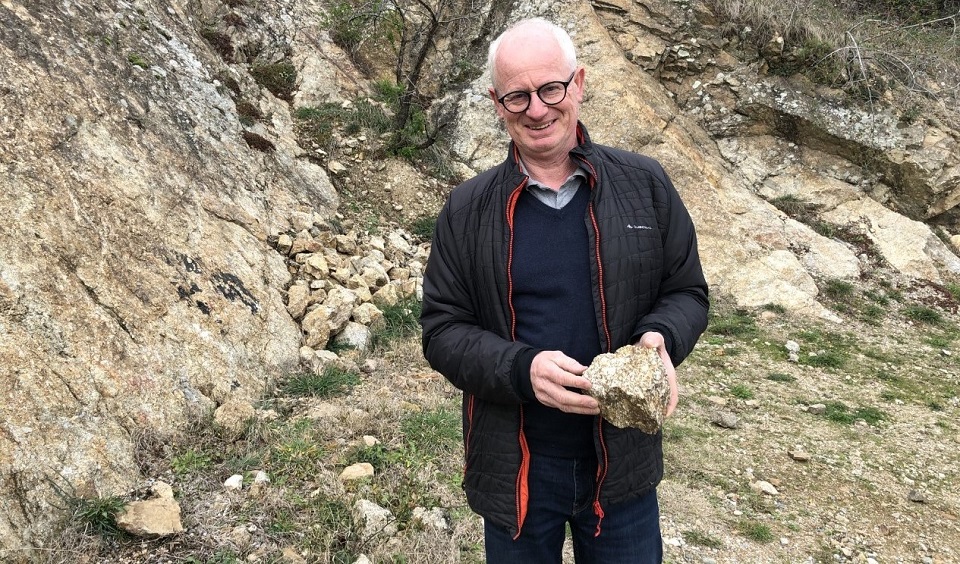 Daniel Brissot, who managed the 1,000 hectares of vineyards for the Cave de Tain for 35 years, explains the granite soils of the Hermitage hill.

In many ways a rerun of 2017 when it came to hot weather, 2018, by contrast, brought plenty of spring rain to the Northern Rhône, which allowed for an abundant crop of ripe, healthy fruit. While the wines tend to reflect the warmth of the season, I generally find them to show brighter character than the 2017s, and I strongly suspect they will enjoy a more stretched-out aging curve, even if most of the wines are quite approachable now.

The vines matured slowly in 2019 on account of a cool, rainy spring, but conditions turned warm and often hot, which quickly got things moving in early June. Because of the hot weather, the early-ripening Viognier saw sugar levels climb steadily as fruit got very ripe in Condrieu. Thanks to a low fruit set and the dry season that followed, yields there were down about 40% overall, but based on what I tasted this past March, there’s more energy to the wines than in their 2017 siblings. Vineyards further south fared much better; a somewhat warmer spring allowed for a heavier crop of healthy, ripe fruit that maintained surprisingly high acidity levels for a hot year. While the wines I tasted in March are obviously still in their infancy, they appear to have avoided some of the excesses of 2017, even if they are definitely leading with their fruit. 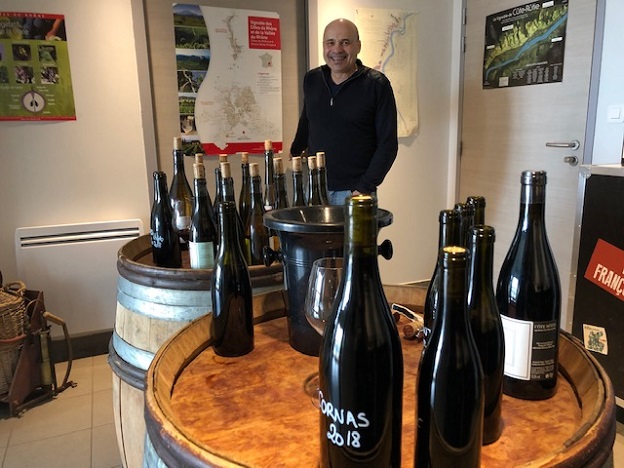 Condrieu and the Northern Saint-Joseph Sector

The super-ripe, weighty and oak-driven wines made in this area in the late 1990s and early to mid-2000s are fading into memory. But Viognier is a high-sugar variety, as well as one with low acidity, so the high-octane potential is still there and hasn’t been easy to dodge in the recent hot vintages. Still, there’s no question that a growing number of wineries are making Condrieus of real finesse and balance that favor citrus fruit and mineral character rather than a honeyed, tropical fruit-driven style. The orchard and pit fruit qualities and the often flamboyant florality that define Condrieu are unavoidable, but in the last decade those characteristics have been dialed back to a more restrained level, a development that I applaud.

Virtually every Condrieu specialist also makes a Saint-Joseph, or even a number of them, and in those cellars, I find wines that, unsurprisingly, often exhibit qualities not unlike Condrieu, at least when it comes to freshness and detail. The wines from the upper part of the region, meaning near Condrieu itself, and from Chavanay and Saint-Michel-sur-Rhône, show a particularly elegant side, while those from the southern villages of Malleval, and especially Limony, tend to be more broad-shouldered and even exotic in character. All of this depends on the grower and winemaker, to be sure, but I’ve found it a useful rule of thumb. Again, over the last two decades, the style of wine here has shifted from an emphasis on ripeness to the desire to produce fresher, more graceful wines. Those who formed a negative or at least suspicious opinion of these Marsanne-heavy wines (Roussanne is steadily increasing in popularity) back in the 1980s or 1990s will be pleasantly surprised by what has been going on here. 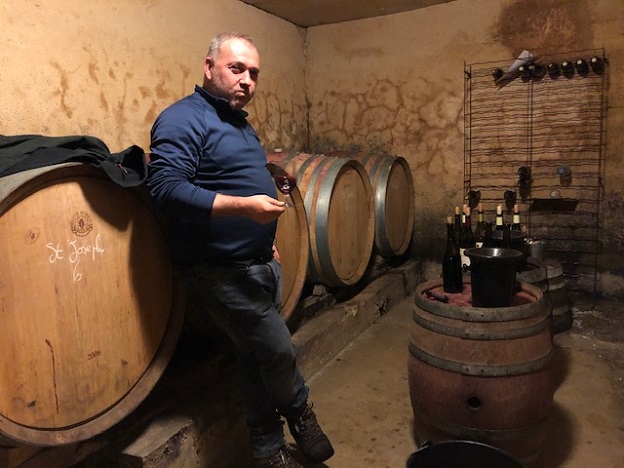 Fabrice Gripa's vines in Saint-Josephs and Saint-Pèrays yield some of the most expressive whites of the northern Rhône.

The number of attention-worthy white wines from Saint-Joseph and Crozes-Hermitage continues to grow, mostly thanks to a new generation of vignerons, not to mention consumers, who prize elegance over sheer mass, ripeness and brute force. While a generation ago too many wines were often on the flabby and fat side, today those have become, thankfully, pretty hard to find. The potential to make really good, even world-class white wines from the best sites of the region has always been there, and now it’s increasingly being realized.

Most of the especially age-worthy examples of white Saint-Joseph and Crozes-Hermitage are sourced from the granite-rich vineyards found on the east and west banks of the Rhône, often within sight of the Hermitage hill. Richer, more fruit-driven wines are typically produced further south, where the land (much of it flat, especially on the Crozes-Hermitage side) is based more heavily, even exclusively, on river-sedimentary soils. That said, a number of wines from this region can show serious structure in the hands of a passionate and dedicated producer.

Owing to the efforts of high-profile producers, white Hermitage has become quite a thing for enough of the market that prices are consistently quite high, even sky-high, for the best and most sought-after wines. Even the largest landowners in the appellation don’t make much Hermitage blanc (only about 6% of the appellation’s 140 hectares is planted to white grapes, mostly Marsanne) so availability, in all cases, is quite scarce. These are usually distinctly age-worthy and even age-demanding wines that can be quite withdrawn from barrel and for quite a while after release so, with rare exception, I don’t recommend them for the impatient wine-lover. 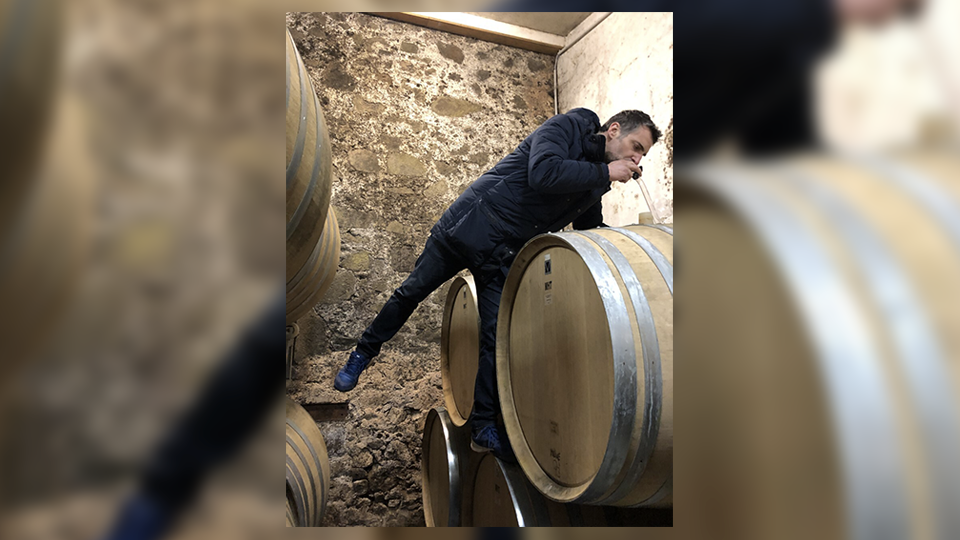 The overall quality of wines from this 90-hectare appellation, which relies almost exclusively on Marsanne (90% of the vines), with Roussanne playing a minor role, has become nothing short of amazing, and in a very short time. It’s hard to find sub-par wines and, in fact, a handful of bottlings could stand toe-to-toe with high-end examples of Hermitage, even if the style almost always leans more graceful and less weighty, not to mention less age-worthy. There’s an elegance and often a light touch to the wines that makes them suggest Puligny and even Chablis compared to Hermitage’s often Chassagne or Meursault-ish personality. Over the years I’ve often heard of Hermitage blanc referred to as a white wine in red wine clothing on account of its structure and often brooding character, while a classic Saint-Péray is reliably white wine to its core, all the time. The best wines, even those that are concentrated, can exhibit delicate even crystalline personality, but recent hot vintages have made that feat difficult. What Saint-Pérays may lack in age-worthiness, they more than make up in their purity, finesse and mineral drive. In fact, I’ve more than once mistaken them for Condrieu when served blind. Though there’s no Viognier allowed in the mix, some of that variety and other obscure regional grapes undoubtedly found their way into the vineyards back in the old days. 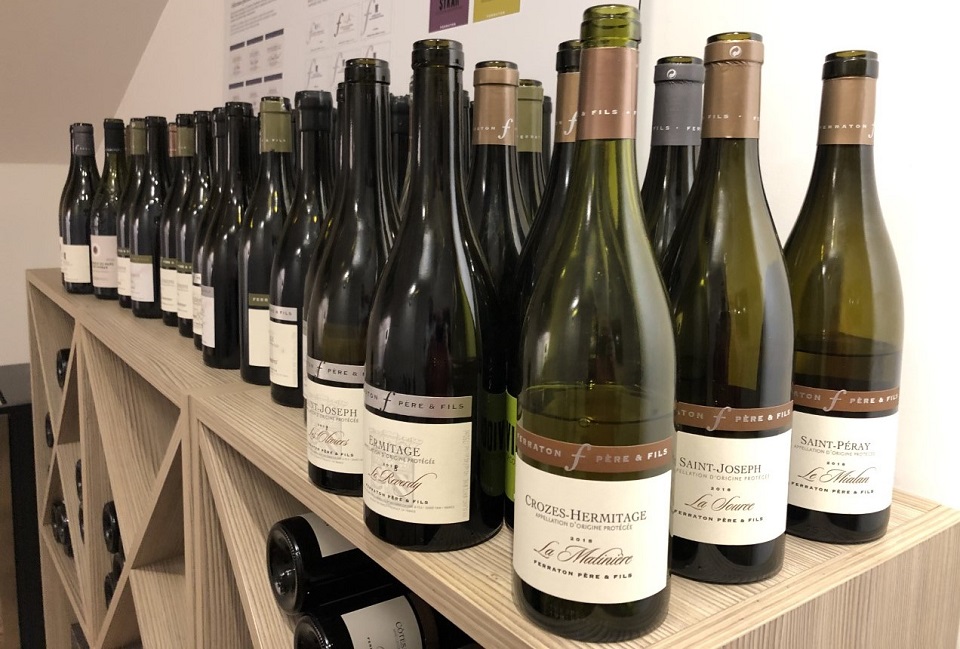 Many generations ago, Saint-Péray was highly regarded for its sparkling wines, and now, after a long period of inattention and plain old neglect, things are very slowly looking up. I have had consistently good to great luck with the outstanding wines made by Alain Voge, whose bubbly Saint-Péray rests for up to five years on its lees and has been the gold standard here for decades. Chapoutier makes another outstanding version, as does Les Vins de Vienne, but production in both cases is tiny and winds up, mostly, in the cellars of private customers and local restaurants.

I tasted most of these wines in producers’ cellars during my March 2020 trip to the northern Rhône and the rest in New York.