It’s difficult to imagine the real dynamic of Friuli Venezia Giulia, its terroir and its people without looking at a map. The region, a melting pot of Austrian, Slovenian and Italian heritage, is also a blending of climatic influences and topography that creates a number of unique wine-producing areas, as well as a large selection of grape varieties that excel within each of them. When you combine this with winemaking styles that have evolved over the course of decades and remain ever-changing, add a wide range of producers who have chosen to follow different paths, teachings and techniques from ancient to modern, what you get is one of the most diverse regions of Italy. And, consequently, a bit of confusion over what to expect when buying a bottle of wine, but we’ll talk about that later. 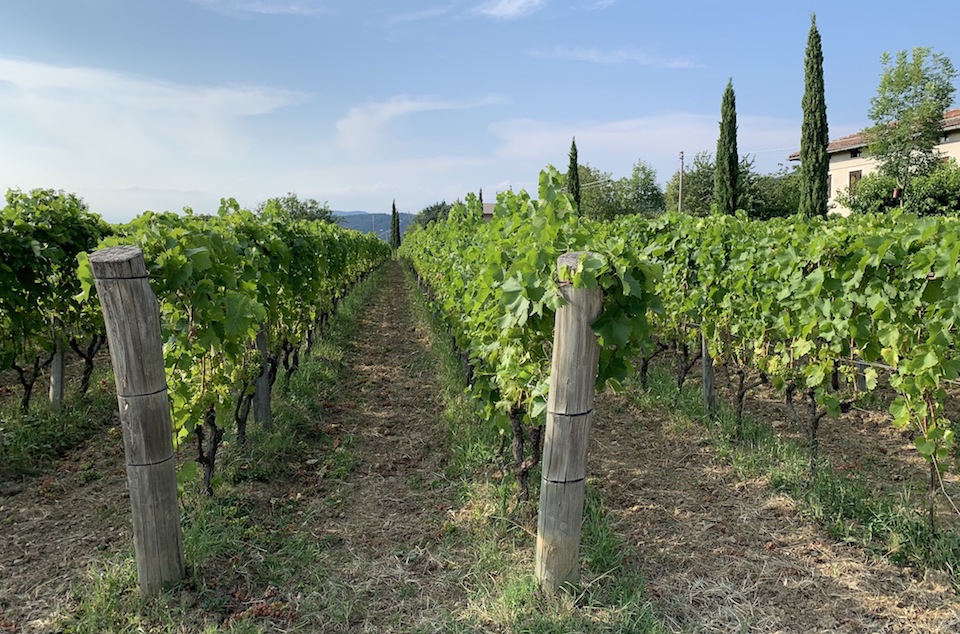 The Gravner estate vineyards in Oslavia, in the Collio.

A Lay of the Land

Imagine, if you will, the well-draining, alluvial plains that stretch out, moving northward from the Adriatic, heavily influenced by the Mediterranean Sea, something that most consumers don’t associate with this part of Italy. While the region receives a larger amount of precipitation in average years, the combination of well-draining soils and ventilating winds from the north helps to maintain balance. A large percentage of Friulian wine is made here, within the regions of Grave and Isonzo; and while quality can be variable, specifically the latter remains home to a number of standout producers who find compelling balance in wines that are naturally large-scaled.

The plains slowly evolve into undulating hills as you go further north and west, gently rising in elevation toward the Alps. This is the famed Collio, where Italy meets Slovenia, a district that is home to so many of Friuli’s leading estates. In fact, producers find themselves working vineyards on both sides of the border. Warm temperatures are moderated by the strong and chilling Bora winds that are channeled down from the mountains toward the Adriatic. Here you’ll find more white varieties than red. If there’s one thing that the average wine lover knows about Friuli, it’s the success it has had with international white varieties such as Chardonnay, Sauvignon Blanc, Pinot Blanc and Pinot Gris. Yet, as amazing as these wines can be (and they can truly be amazing), in my opinion, it’s the native varieties, including Ribolla Gialla, Friulano and Malvasia Istriana that deliver the regional experience and flavor. The same is true of Vitovska in Carso and Picolit in Colli Orientali, as we will discover below.

Stretching up from the hills above Trieste, we arrive in Carso, where the indigenous red Terrano benefits from the warming elements of the sea. However, readers will also find a number of captivating, if not unique, whites, most often Vitovksa, made in a high-skin contact and oxidized style.

On the other side of the appellation, in the province of Udine, elevations rise gently into the hills of the Colli Orientali, spanning from only 100 to up to 350 meters, with Ponca soils that mix layers of clay, sandstone and chalky limestone, sometimes so much so that the vineyards themselves appear white. Yet there’s a good amount of diversity here as well, as only a stone's throw away, you’ll find red, iron-rich clay, which has inspired a number of producers to begin micro-vinifying and bottling small parcels from within their vineyards. It shouldn’t surprise you either that many of the winemakers of the Colli Orientali pride themselves in taking a very Burgundian approach in the vinification process. The climate here is also more continental in character; and while white varieties are most common, there is also a substantial amount of Cabernet Sauvignon and Franc, Refosco, Pignolo, Schioppettino, and of course, some of northern Italy’s best Merlot. It’s also important to note the sweet wines of the region, hailing from the more-northern reaches of the Colli Orientali, often made from the Picolit grape. I must admit that it’s unfortunate that more wines of this category didn’t make it over for tasting and review. 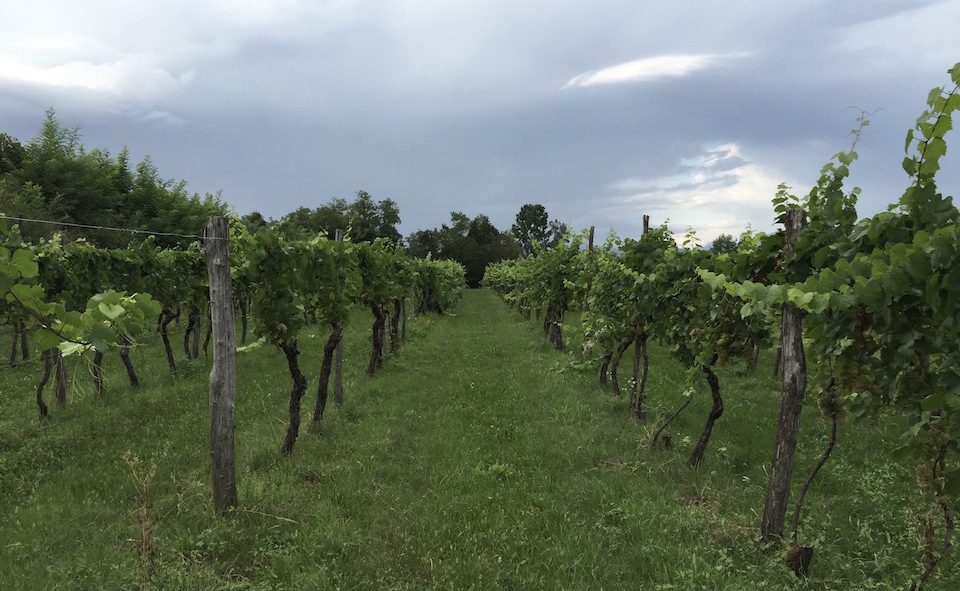 My first introduction to the region, like for many people, was through the “Super Whites” that were still heavily in fashion through the mid-2000s. These were primarily blends of both international and local varieties that were sometimes cool-toned and complex, and at other times rich with a sheen of toasty oak. There were two big problems with this category. One was never really knowing what you were going to get without having a previous understanding of the wine and the producer; and two, they were expensive. However, this trend was a necessary step in the constant evolution and diversified style that makes up the Friuli wine scene of today. And let’s face it, that diversity is one of its most attractive characteristics.

What the Super Whites managed to accomplish was bringing the public eye to Friuli Venezia Giulia, allowing producers to showcase what else was possible in the region. This is the reason that we were all introduced to those amazingly textural and seductive skin-contact Pinot Grigios or old-school, animalistic reds from Carso that can often remind you of something you’d find along a wine road of Cornas in the northern Rhône. While the name “Super White” is hardly used today, these wines still exist, and they are often compelling.

However, the fun of drinking through Italy’s most northeastern region is the ability to choose the style you love and the producer who excels at it. Readers will find old-school, late-harvested, open-vat-fermented wines full of power, highly oxidized amphora-aged wines, whites that are more reminiscent of reds—and let’s not forget orange wines, whites that see skin contact. But readers will also taste whites that are crisp, precise and packed full of varietal character and native reds like Refosco, Pignolo and Schioppettino, where passion-driven producers have been experimenting to show their belief in these wines’ potential. Want to experience how a combination of climate change, terroir and the efforts of some of the most visionary producers of the Colli Orientali have created a number of world-class Merlots? Well, you can find that too; and sometimes, they are even more affordable than you’d expect. How about what a forty-day macerated Ribolla Gialla will mature into over a decade? You’ll find those in the market and in this report. 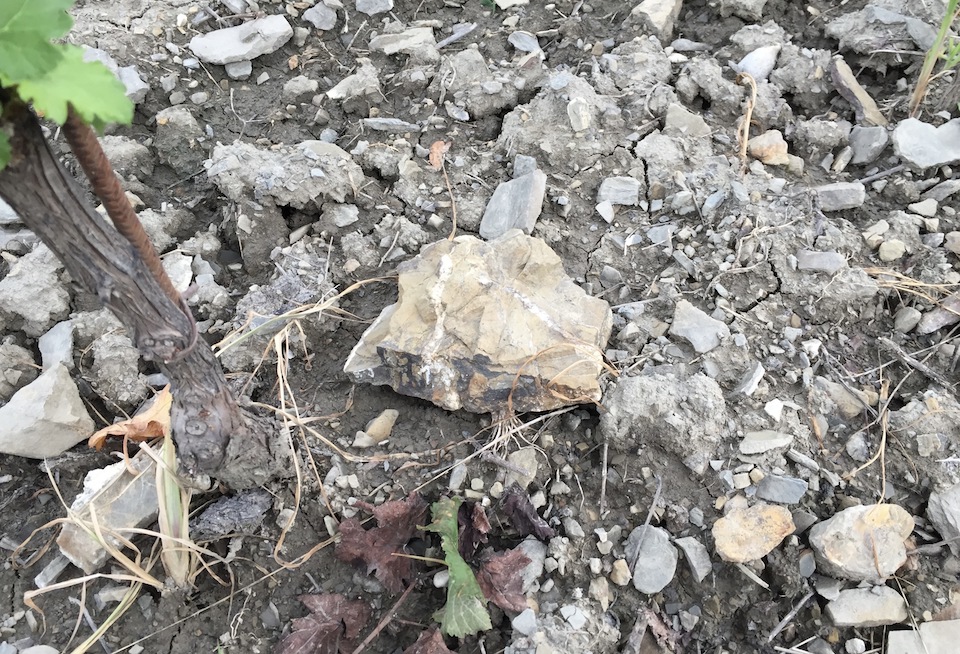 A Word About Recent Vintages

Two thousand-eighteen was a warm, extremely dry, compact, early, and in most cases, abundant vintage, with the exception of some higher elevations in Collio, where hail drastically reduced yields. As scary as this introduction might sound, it certainly wasn’t a total failure. Many producers speak of the built-up water reserves from the large amount of precipitation they received during the winter months as the reason they were able to deal with the drought conditions in the summer. The warm-to-hot temperatures lasted through mid-July into August, heavily affecting many of the white varieties. Coupled with a late start to the season, this created a very small window for proper ripening. However, the later-ripening red varieties and the producers who pick even their whites well into the tail end of the harvest benefitted from some relief in September, where cooler conditions prevailed throughout the rest of the harvest. In the end, the wines that maintained balanced acidity to contrast their textural girth are the most interesting.

And then there’s 2019, the rollercoaster vintage that everyone was talking about during my tastings. The year started out surprisingly warm and dry throughout the winter months, which got the season off to an early start. However, much cooler and rainier conditions returned and lasted throughout the spring, slowing growth and resulting in a flowering that took place in the beginning of June. Mother Nature turned the heat back up in July and August which, coupled with low precipitation, caused significant worry throughout the region. The only saving grace was a significant dip in evening temperatures through the late summer. From a harvest standpoint, most producers started later than in recent years, yet more in line with vintages of old. For the most part, white varieties excelled, showing both power and vertical build, while also teeming with energy. Unfortunately, the reds were less successful, as rain during the latter part of the harvest season interrupted picking. In many cases, the wines suffered. 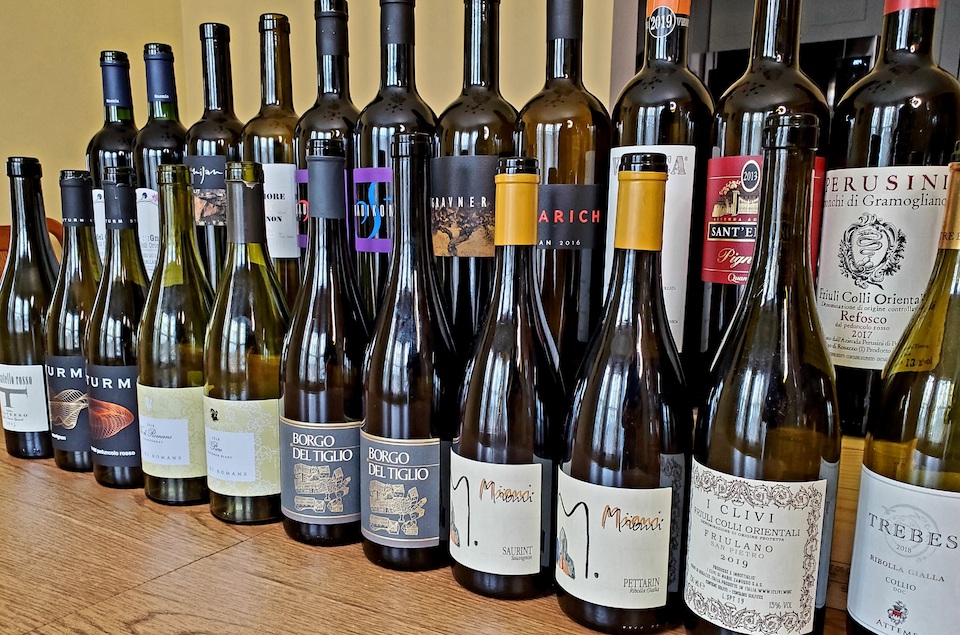 In closing, my best advice when traversing the diversity of Friuli Venezia Giulia is to try to understand what you’re getting from each bottle. Because of this I did my best to include some extra details within the tasting notes and producer commentaries that speak of practices in the vineyards and cellars. While we worked hard to contact and include as many of the region's best producers, some samples did not arrive in time. Reviews for those wines will be added in the near future.

I tasted all wines in this article in New York in Autumn and Winter 2020.