The Romance of Valle d’Aosta

I was initially attracted to Valle d’Aosta by Fumin, an indigenous variety marked by a dark, purplish red color, wild alpine aromas and a mixture of zesty acids and stern tannins. I had never tasted a wine that communicated its place in such a way, as my imagination was teleported to this rugged, mountainous landscape with each tilt of the glass. Fumin led to Petite Arvine, a Swiss import to the region, and one that excels quite well with its zippy acidity and sweet-and-sour citrus profiles. I was in love with the idea of this romantic location and the varieties that were pulling me closer to it with each new taste. However, as I learned more, what amazed me most was how unique Valle d’Aosta really was from the rest of Italy, both in feel and in culture. 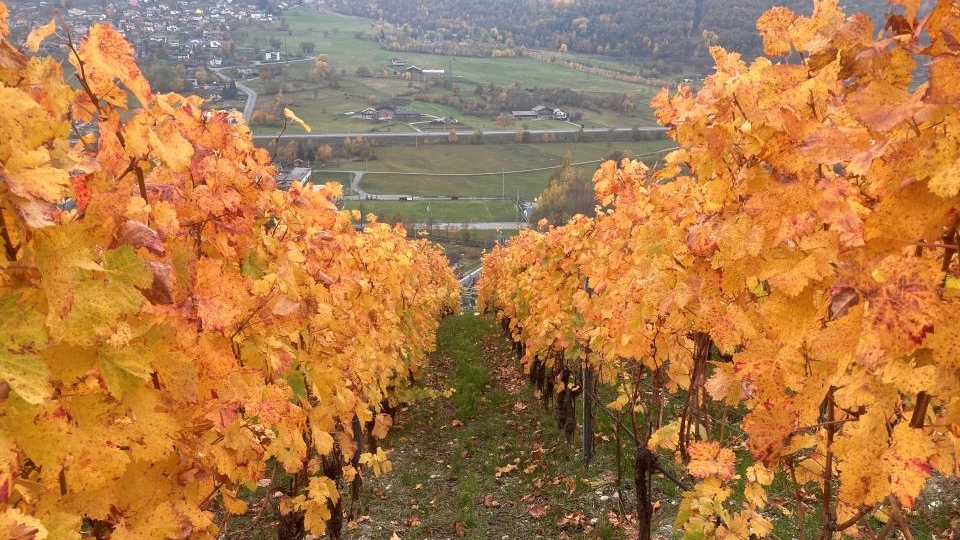 Flying into Northwestern Italy from the United States will often provide a telling and extremely picturesque view of the narrow valley, which is surrounded by the snow-cap Alps. The border with Switzerland is to the North, then France to the west. The valley runs southeast from the Mont Blanc and Morgex et de la Salle subregions, with elevations up to 1,300 meters, down to the border of Piedmont and the Donnas subregion, where you’ll find Nebbiolo, referred to here as Picotendro. Valle d’Aosta is enclosed by rugged mountainous terrain across this span, roughly 56 miles of steep hillside vineyards reaching up from the Dora Baltea River. The extreme light and warmth of a short part of the season allows fruit to ripen in these rocky, sandy Glacial Moraine soils, along with the refreshing mountain air of the evening that balances it all out.

The valley's seclusion from its neighboring regions and countries defines the Valle d'Aosta culture and winemaking, which has strong influences from both Switzerland and France while remaining Italian by classification. Nowhere else in Italy do you find whites that so closely resemble the wines of Switzerland, just as one of the most famous foods of the region is fondue, another import from the north. As for its French influence, locals have a closer lineage to their neighbors to the west than they do to the Italians in the south. Valle d’Aosta also produces some of the most thrilling Metodo Classico (Champagne method) sparkling wines from Italy, using the cold-resistant Prié Blanc as the base in vineyards that reach 1,300 meters in elevation within the subregion of Morgex. 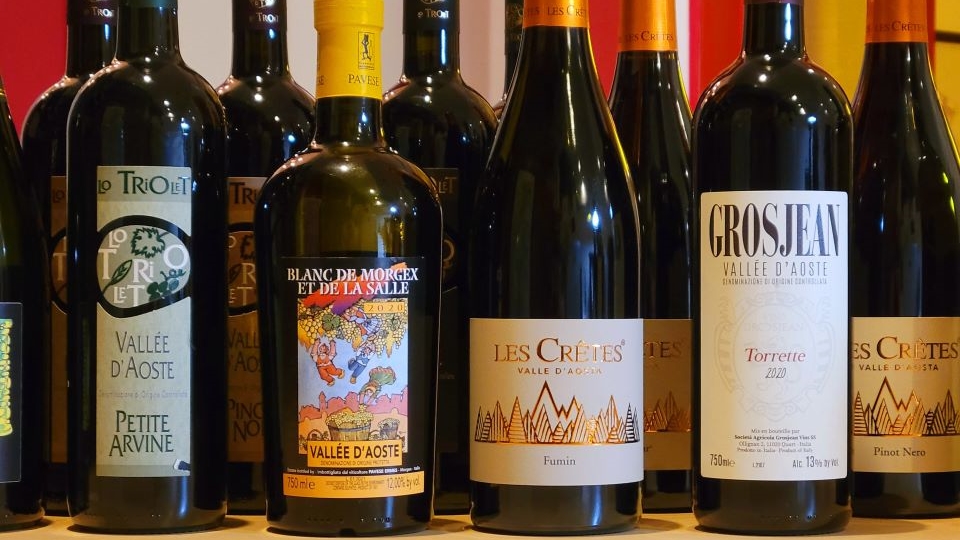 A number of standouts from my recent Valle D'Aosta tastings.

Much like Alto-Adige, Italy’s other mountainous valley region, the majority of wine produced here is made by cooperatives that are comprised of hundreds of growers, each with their small parcels of vines; and yet, the quality that these co-ops turn out is incredibly high. On the opposite side of the spectrum, there are many smaller, grower-winemakers that are hard at work to show off their terroir and talents; the only difficult part is finding the wines. However, they are worth the hunt, especially as you find rare expressions of other traditional, and often nearly extinct varieties at play, such as Mayolet, Vuillermin and Cornalin. Or a family at the highest elevations of the valley turning out an artisanal selection of dry Prié Blanc.

In the end, this report makes for a good place to start when exploring Valle d’Aosta, a region that I still find myself romanticizing over on a regular basis.

All of the wines in this article were tasted in our offices in New York City during the winter of 2021 through 2022.

On the Cusp of Evolution: Amarone and Valpolicella, Eric Guido, April 2022