I discussed the travails and eventual triumph of vintage 2016 on the Mosel in my introduction to part one of this coverage, as well as some of the mysteries that still surround it and the personalities and aging potential of the resulting wines. The wet first half of 2016 saw rainfall at or near the averages for a full year, which disturbed the flowering and in many sectors unleashed outbreaks of peronospora (a.k.a. downy mildew) that were unprecedented even in the experience of veteran growers. In late July the weather abruptly turned dry and hot and these conditions extended into a September that was warmer in Bernkastel than in any year since good record-keeping began there in 1876. By that month’s end, vines with deep enough roots in all but a few especially exposed and rocky sites had managed to catch up in must weight to recent averages.

Then came another dramatic turn in the weather as clear, chilly weather set in through mid-November, permitting methodical harvesting under conditions ideal for preserving what in most instances were ample but by no means high acid levels while allowing ripe flavors and aromas to build. Estates that were most seriously afflicted by downy mildew (and a few that were strafed by hail, such as in Graach) suffered significant crop losses, but nearly every grower I visited expressed delight with his or her 2016 quality, and quite a few turned in collections to challenge those of 2015. 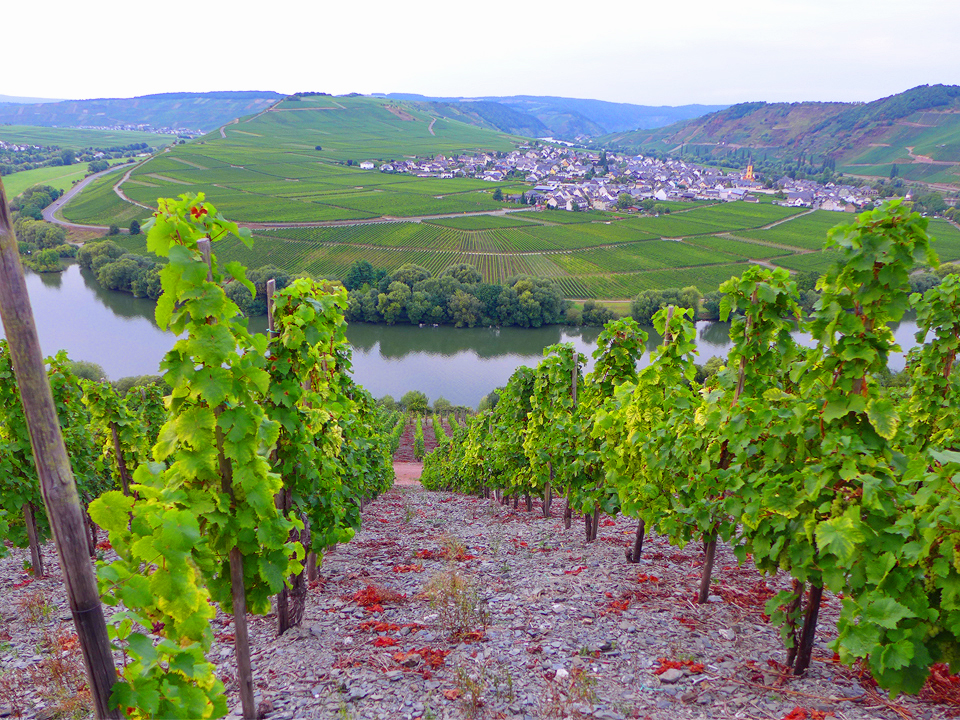 I took the opportunity of 2016 to include in my tasting visits several growers in Trittenheim, whose scenic loop of the Mosel harbors a wealth of human and Riesling talent. Here, Trittenheimer Apotheke at the upper right and Leiwener Laurentiuslay at the upper left, as viewed from the Trittenheimer Altärchen.

Due to its come-from-behind nature and to the rarity of botrytis (inhibited first by heat and drought, then by chill), 2016 is a vintage in which relatively little Auslese and even less Beerenauslese or TBA was harvested on the Mosel. But the many growers who left healthy fruit hanging in hopes of making Eiswein were rewarded by deep frosts at the end of November and again a week later, resulting in the largest haul of wines from frozen grapes in many years, some of them memorably fine. The increased interest among Mosel growers in showcasing legally dry Riesling, as well as the tendency—in my view somewhat perverse—shared by numerous German growers to favor fermentations that finish with only a few grams of residual sugar are both on conspicuous display in 2016. And fortunately, for the third year in a row, those tendencies did not come with a worrisomely high-alcohol price, since must weights remained moderate throughout the harvest.

The first part of this report covered growers headquartered along the stretch of the Mosel from Wehlen to Winningen. The Saar and Ruwer, nowadays subsumed by wine law under “Mosel,” will be covered in my next report, although outstanding Saar Rieslings from Markus Molitor and Nik Weis (St. Urbans-Hof) are reviewed as part of my coverage of the Mosel proper, since that is where those estates are based. 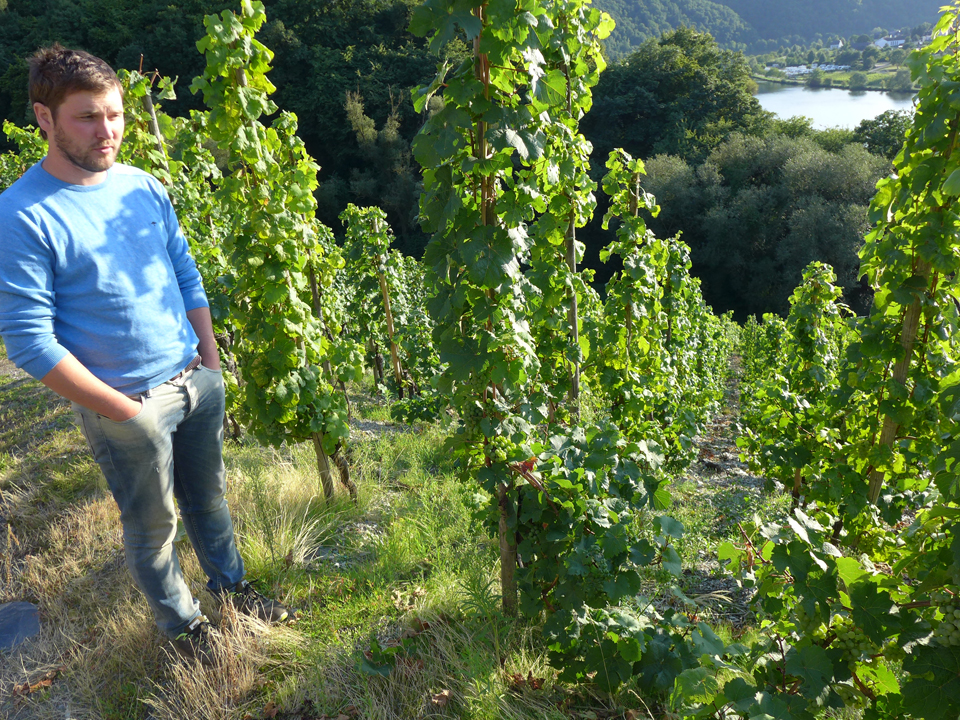 Once again, Julian Haart excelled in 2016, including with a remarkable Kabinett from these more than 100-year-old vines in the Wintricher Ohligsberg that were not picked until November 5, yet at just 79 degrees Oechsle.

My tasting notes are based on visits between late July and mid-September of 2017 with 49 growers on the Middle and Lower (a.k.a. Terrassen-) Mosel, supplemented by subsequent stateside retasting as well as the assessment of one additional collection entirely via samples. Following usual Vinous practice, notes on wines that I have not tasted in finished form are expressed in parentheses as point ranges; and wines I rated 86 points or lower fall below the usual cutoff for publication. (I do, however, make occasional exceptions to that last practice if an 86-point wine represents a good value due to its low price, or in instances where I think I owe readers an explanation of my reservations about a wine that disappointed high expectations or that has received praise from fellow critics.) Details regarding the conventions of nomenclature and scoring followed in my reports, including an explanation of when and why I reference A.P. (official registration) numbers, can be found in the introductions to my earlier articles on 2015 and 2014 German Rieslings.