Alsace has always produced some of the world’s greatest white wines. The good news is that it ismaking some increasingly exciting red wines too, most of them from Pinot Noir, although recently some wineries have also planted small plots of Syrah and even St. Laurent as well. Overall, Alsace’s production is divided as follows: 70% of the wines carry the Alsace Appellation d’Origine Contrôlée (AOC) label, another 20% are labeled AOC Crémant d’Alsace (Alsace’s increasingly interesting sparkler, made by secondary fermentation in the bottle in the manner of Champagne) and 5% are the AOC Alsace Grand Crus. There are 75 single vineyards or grand cru designates in Alsace, established beginning in 1975, some of which, including the Rangen and Brand, are among the most famous vineyards in the world and boast over 1,000 years of history. The Eichberg of Riquewihr was mentioned in 9th-century documents. Even better, the region grows many different high-quality wine grapes and therefore its wines offer a wide range of aromas, flavors and styles. It is not an exaggeration to say that Alsace truly has something vinous for everyone. 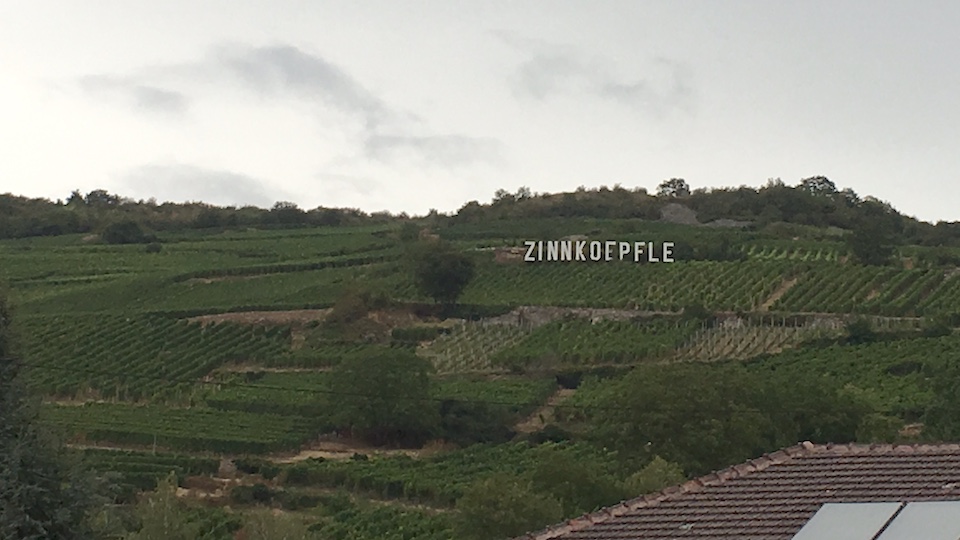 Alsace is arguably the single friendliest wine tourist destination in the world. For example, the Alsace wine route or route des vins (which runs from Marlenheim in the north to Thann in the south, with a small appendage toward Cleebourg in the north) is a joy to travel. It covers roughly 15,600 hectares of vines and is very well mapped out, with winery signs that are easy to see and read. The names of some of the grand crus (in large black letters on white signs) are placed on the hillsides to further help you orient yourself as you drive by. For the more sporting among us, there is a cycle route (clearly marked with signs depicting a specific logo) that runs parallel to the wine route and that cyclists can travel along safely. Marked equestrian trails allow horse-lovers to gallop among vines and hillsides.

There are many other positives to Alsace’s wine scene. Because of a combination of better clones and massal selections, climate change and improved producer skills, the Pinot Noirs have never been better. Whereas in 2000 or so, trying an Alsatian Pinot Noir was mostly an exercise in hope, today you can order a bottle from various producers with confidence, knowing it will, most likely, prove to be quite good. Vintages are important with Pinot Noir, so beware of cold, weather-challenged years, when the oak tends to dominate and Alsace’s Pinot Noir wines often show obvious signs of less-than-optimal grape ripeness; stick with the warmer vintages. Muré and Albert Mann are the best Pinot Noir producers in Alsace, but numerous producers have kicked things up a notch quality-wise, from Hugel to Domaine Weinbach to Ostertag to newcomer Domaine Hurst. Alsace Crémants have also improved by leaps and bounds. While these sparkling wines could always be counted on for upfront fruity charm and soft, easygoing flavors, in recent years they have gained in complexity and depth. Many estates offer delightful wines that represent a very good and more affordable alternative to Champagne (usually in a rounder, fruitier style than their more famous sparkling French cousins, which cannot surprise given that Alsace is sunnier, warmer and drier): JB Adam, Barmès-Buecher, Boeckel, Charles Baur, Dirler-Cadé, Domaine Pfister and Muré all make very serious Crémants. Last but not least – and I have written this before – there are few better buys anywhere in the world of wine than Alsace Sylvaner, one of the most underrated and best-value wines of all. Made almost exclusively from very old vines, the better examples are extremely deep and complex and can come in fresh, highly vertical styles or rich and luscious ones with a little residual sweetness. Do your homework, avoid those Sylvaner wines made from very high yields that are little more than neutral plonk, and you will be in for a real (and very inexpensive) treat.

Of course, not all is well with Alsace wines. Among the problems is an aging of the wine population; many estates are ceasing to bottle, preferring to just sell grapes to cooperatives. And while 30 years ago or so, there was roughly one small cooperative in each Alsace village, these have been progressively bought up, and there now remain mostly big co-ops. For example, Rouffach is a big wine village by Alsace standards, with many different vineyard owners and vine growers, and yet there are only three wine producers left: the Lycée Agricole, Clément Bannwarth and Muré. There are reportedly only three in Westhalten too. Over in the town of Pfaffenheim, three small growers closed up shop this year and now sell their grapes to the cooperatives, and you hear the same story over and over again in other Alsace wine villages. And, although there are undoubtedly some technically outstanding and very motivated people among cooperative personnel (the Cave de Ribeauvillé makes acceptable wines, for instance), it is safe to say that Alsace co-ops do not rank with the world’s best, and many of their wines are diluted and neutral. Why many such thin wines are even granted AOC Alsace Grand Cru status, instead of being turned back by examining committees, is another problem that needs to be addressed. 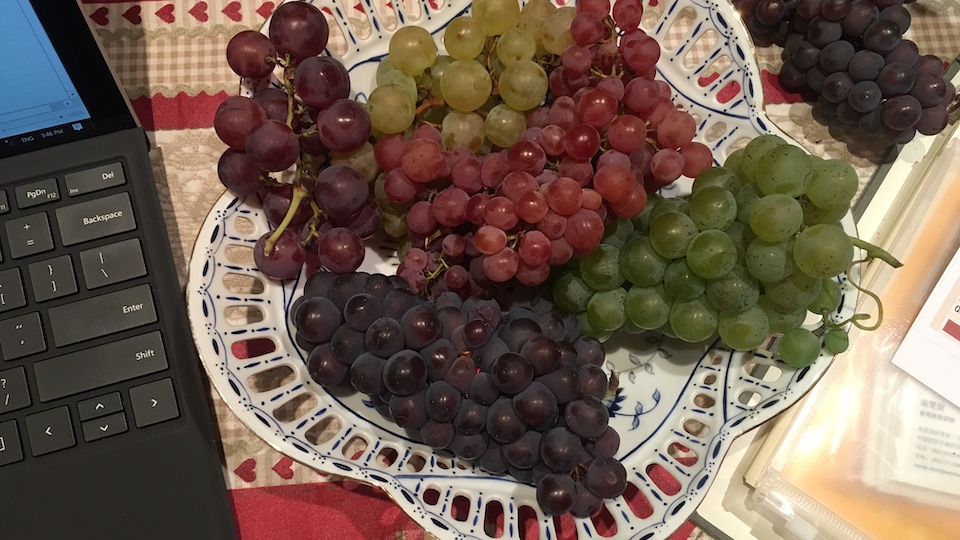 The 2017 vintage was essentially saved by a cool late season (vineyard workers in many parts of Alsace needed to wear long sleeves in the vineyards at harvest). This was important, since the weather during the growth cycle was mostly hot and dry. Budbreak was early, but it was followed by the double whammy of frost at the end of April and the start of May and hail in July that combined to greatly reduce yields, making for some very concentrated wines that will likely age well. The key was the very cold autumn nights that allowed the acidity to concentrate in the grapes, a characteristic that neatly separates Alsace’s 2017 wines from those of  2015, another hot year.

In 2016, rain fell copiously in the springtime and lasted well into June. Peronospora (downy mildew) was a huge issue because rain fell every day and spraying the vines was not possible. And because peronospora has only recently become a problem in Alsace, estates are not used to intervening early, and missing the first window of opportunity for intervention created an even bigger problem (some organic grape farmers lost close to their entire crop). Then drought hit for three months straight, which was hard on younger vines in general and especially so for those planted facing south and on clay-deficient soils. Flowering took place slightly later than usual in 2016, and this led to a later-than-usual harvest (for example, Agathe Bursin picked her grapes at the beginning of October instead of starting in September). A big risk in 2016 was making dilute wines, because the vintage was also characterized by high yields; those producers less inclined to short-prune and green-harvest made less than memorable wines. Successful 2016 wines are characterized by higher-than-usual malic acid concentrations and feature lovely freshness and vertical mouthfeels. The region’s dry wines are user-friendly and easy to understand, and will match well with a large variety of dishes; clearly, they are not as full-bodied as those of 2015 and 2017. The best 2016 wines are those made with Pinot Gris, Pinot Blanc, Sylvaner and Auxerrois (in fact, 2016 was a remarkably good vintage for the latter variety), followed by Riesling. And while some refined Pinot Noir wines were made, Gewurztraminer generally had a tough time in 2016. 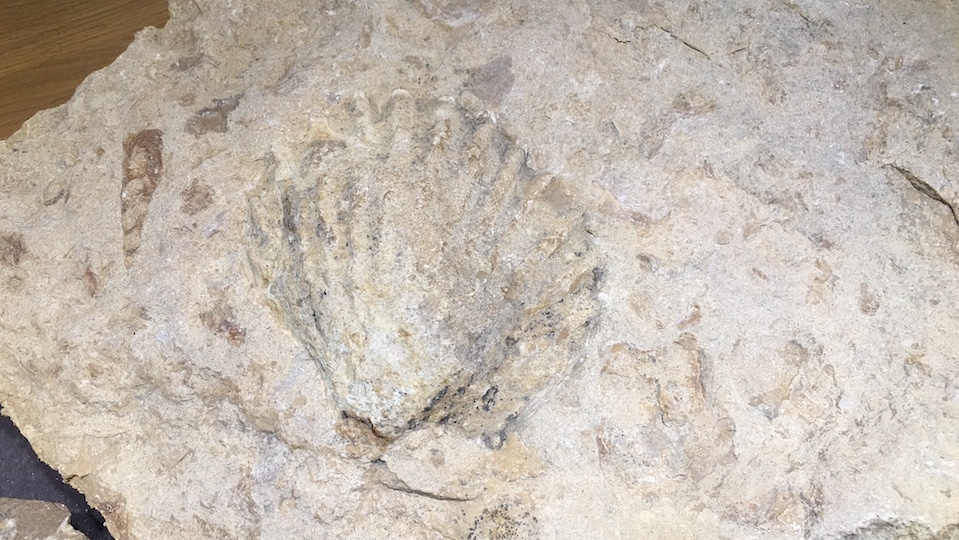 Oyster fossils in the soil

Winemaking in tiny Luxembourg dates back to ancient Roman times. The country boasts 1,300 hectares under vine, planted mostly along 42 kilometers of the banks of the Mosel River, which separates the eastern part of Luxembourg from Germany. Grape varieties are the usual suspects: most-planted are Müller-Thurgau (locally called Rivaner; planted on roughly 29% of the vineyard land in Luxembourg), Auxerrois (14%), and Pinot Gris (14%). Despite the country’s status as a “Mosel wine” area, Riesling represents only about 13% of the total Luxembourg vineyard hectarage. Pinot Blanc (11%), Elbling (10%), Pinot Noir (7%), Gewurztraminer (1.5%), and Chardonnay (1%) are also grown. Vineyards are planted on mostly limestone (especially around Grevenmacher) and on Keuper marl soils (around Remich). There is only one appellation, Moselle Luxembourgeoise, which guarantees that the grapes used to make the wines were grown in Luxembourg. The country’s viticultural area is characterized by a generally mild climate, and wines tend to be blessed by fine levels of both acidity and ripeness, though late-harvest wines are not as common as they are along the German Mosel. By contrast, Crémant production (Crémant de Luxembourg) is very important. And while Luxembourg’s wine production is dominated by large cooperatives, a number of outstanding privately owned wine domaines exist, and I have reviewed wines from three of them in this article.

Of the recent vintages, both 2016 and 2017 had frost problems. Two thousand sixteen was cold and rainy in August and so wines have high levels of malic acid; therefore, the 2016s taste fresher than the 2015s (even though the total acidity values are about the same). The two thousand seven vintage was a very rainy year, and so strict grape selection was necessary, as was willingness to throw grapes away (understandably a hard thing to do). Those producers who waited out the rains in early autumn were blessed with a very sunny October and made good wines; impatience meant picking grapes marred by bad botrytis and making wines plagued by muddy notes. 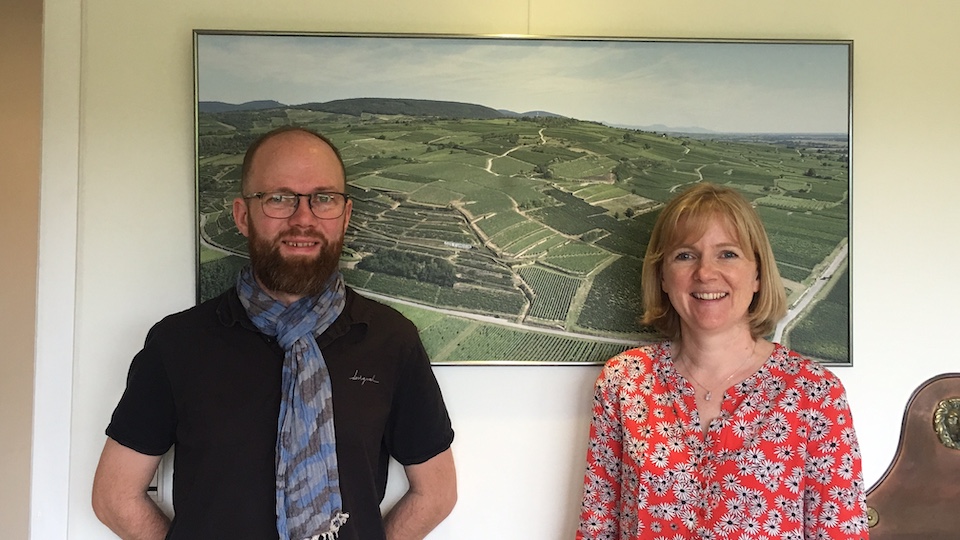 I tasted all the wines in this report during four weeks spent visiting wineries in Alsace and Luxembourg in August and September 2018; a few late arrivals were tasted in my office in Rome. I will report on another large group of Alsace wineries in my next article on Alsace due out soon.