The vast area that I’ve chosen to loosely define as Mediterranean Spain encompasses those regions that extend from northeastern Catalonia (Catalunya or Cataluña, as the area is known locally) to the country’s southeast corner and all the way west to Andalusia (Andalucía) on the far southwestern coast. With rare exception, these zones have been experiencing a run of almost uniformly very good to epic vintages, even as they produce wines of often dramatically divergent styles from equally disparate varieties.

Two thousand sixteen was a hot, droughty year across the Mediterranean zones, and resulting yields were on the historically low side. As a very general rule, the wines show a bit more freshness than their 2015 siblings, which are the result of a similarly hot vintage. Casting a wide net, I would say that wine lovers who prize elegance over power and weight will likely favor the ‘16s, but I suspect that the ‘15s will prove to be better cellar candidates, even if the wines don’t achieve the elegance of the younger vintage. 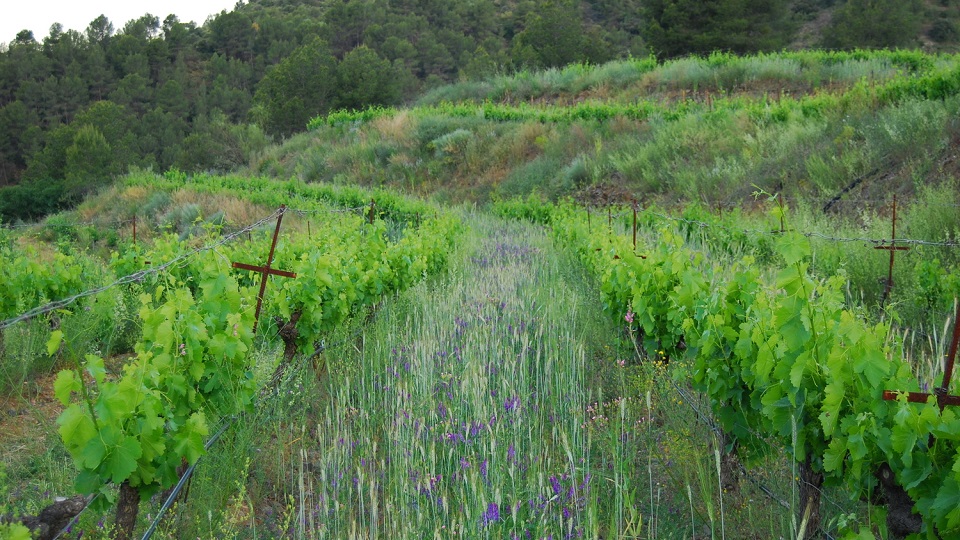 Priorat's high-altitide vineyards, such as those at Grattalops, produce wines of great depth and structure as well as elegance.

The Case for Cava

One exciting recent development for Spanish wine is the emergence of more and more world-class Cavas from the Penedès region (just south of Barcelona), whose sparkling wines have long been the country’s unchallenged standard-bearer for the category. It’s been a slow, steep climb for Cava in export markets, which were mostly introduced to the wines in the 1970s and 1980s by inexpensive examples of very low or abysmal quality. The reputation of the region suffered greatly, and even today there are numerous consumers and even members of the trade who judge the entire Cava category based on its lowest common denominator. That’s their loss, as there is an ever-increasing number of Cavas made by quality-minded, often artisanal producers whose wines bear comparison to the big dog of the bubbly world, Champagne. Fortunately for sparkling wine producers worldwide, the ever-accelerating price of decent Champagne (and even some not-so-decent) is pushing many consumers to consider alternatives for their fizzy fix, which plays right into Cava’s hand.

While there are numerous outstanding Cavas in the under-$20.00 category, the real action, in my opinion, is in the $20.00 to $40.00 category, where I see a range of serious wines that exhibit complexity, depth and balance and the ability to age gracefully. Most of these are made by small, family-owned bodegas, and while they may not be easy to track down, I think curious bubbly lovers will be thrilled by many of them, which, in a fair number of cases, bear comparison to Champagnes costing twice as much or even more. That said, many Cavas, especially those made from the local Xarel-lo, Parellada and Macabeo varieties, do tend to show a slightly more earthy tinge than most Champagnes and often more weight as well, with the exception of no-dosage, Extra Brut or Brut Nature examples. That extra bit of heft generally makes Cava extremely food-friendly, often more so than similarly priced or even more expensive Champagnes that are on the delicate, even dilute side and thus better suited to aperitif duty than serving at the table. 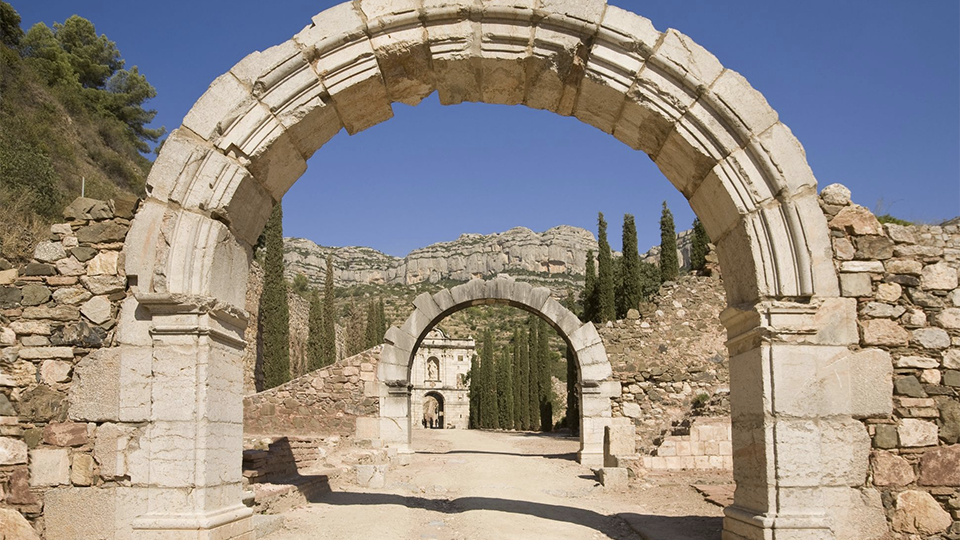 The Cartoixa de Escaladei in Priorat was a working monastery, with vineyards, from the 1100s until it was ransacked by the local peasantry in 1835.

It’s hard to believe that the red wines of Tarragona, especially the world-class versions from the steep hillsides of Priorat, have only existed in their current form since the early 1990s. Long home to old plantings of Garnacha (Garnatxa) and Carignan (Carineña or Carinyena), the region’s potential was only realized after a handful of young producers, led by Alvaro Palacios, took on the task of elevating the wines to an elite level. Less than a generation later, they have succeeded, often remarkably so. Such is Priorat’s quality that in 2009 it was designated as a Denominación de Origen Calificada, or DOCa, Spain’s highest regional classification and one that previously had been bestowed on only one other area, Rioja. (They are still the only two DOCa regions in the country.) Priorat is a hot, dry area, and while there’s always the danger of superripe fruit and consequently high-octane wines, the best vineyards here are situated high up in the mountains, where cooling winds and cold nights preserve acidity. 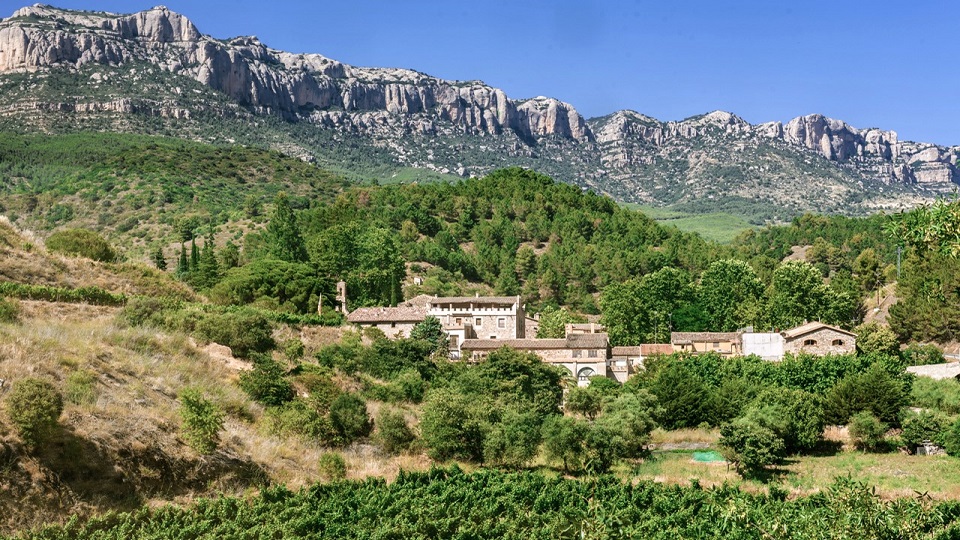 Priorat's vineyards are protected from inclement weather by the nearby Serra de Montsant mountain range.

Predictably, numerous other wineries were established, some by producers with the same commitment to quality as the pioneers, but – equally predictably – also by producers who were eager to cash in on Priorat’s new-found fame with minimal effort. International varieties, particularly Cabernet Sauvignon and Merlot, as well as Syrah, were planted alongside the old local varieties, resulting in a rising tide of wines that lacked real character, much less regional identity. To be fair, some of the first wave of producers planted French grapes as well, but the imports generally played minor roles in the resulting wines, and the last decade has seen most of those producers begin replacing their French vines with Garnacha and Carineña.

Neighboring Montsant, which effectively surrounds Priorat, has also been realizing its potential over the past decade and, because of its relative obscurity compared to its famous neighbor, prices often lag well behind quality. Made from the same palette of varieties as Priorat, Montsant’s wines tend to exhibit slightly less depth, power and complexity than the best examples of Priorat. But when compared to Priorats at similar price points, the undervalued Montsants often outshine Priorats whose prices are inflated by their fancy address.

The new kid on the block in Tarragona, commercially speaking, is Terra Alta, which lies about 25 miles west and just south of Priorat and Montsant. As the name suggests, this is a high-altitude growing region, with clay, limestone and sandy soils that, combined with the relatively cool climate, are conducive to producing elegant, vibrant red wines (based mostly on Garnacha and Carineña) and well-balanced, fresh whites, made mainly from Garnacha Blanca, the best of which I have sometimes confused, blind, with white Burgundy or even Chablis. As with Montsant, pricing for the wines here has not yet caught up with quality, so value-minded readers should pay attention to this region. 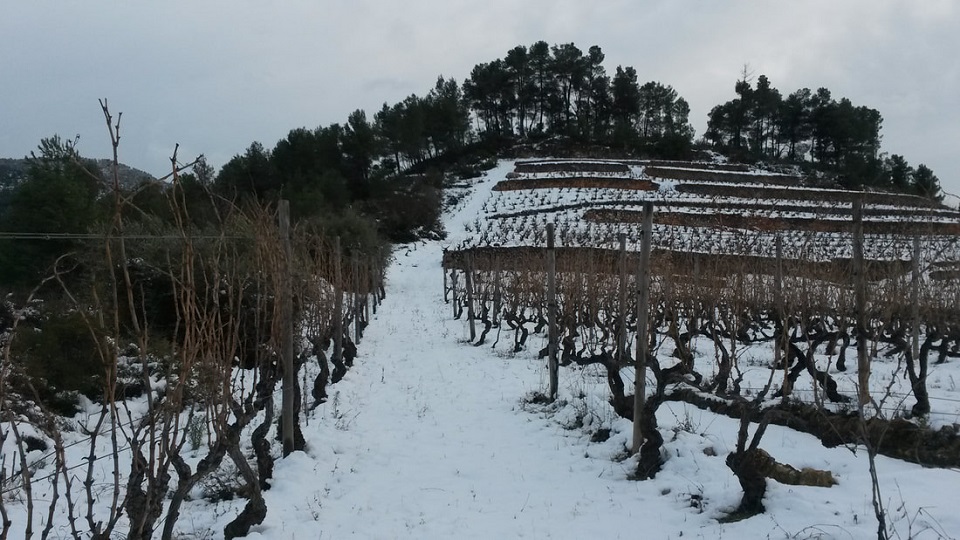 The Generosity of Valencia

Generally hot, dry conditions in the Valencia region set the stage for generous, full-bodied red wines, mostly produced from the native, late-ripening Monastrell and Garnacha varieties. While it has long been asserted that Monastrell is the same grape as Mourvèdre, recent research casts doubt on that belief, although the two varieties are almost certainly from the same family tree. The best Yecla wines deliver fabulous value and show abundant dark fruit and spice character, usually in a forward style that makes them enjoyable almost immediately upon release.

The same can be said for the wines of neighboring Alicante, but in most cases – though not all, by any means – I find those wines to be a bit brawnier, more tannic and even rustic when tasted alongside wines from Yecla. Both regions produce white wines, but I usually find them to be heavy and lacking in freshness, which should be no surprise given the often extremely hot, arid conditions here.

Utiel-Requena, which is about an hour’s drive west of the coastal city of Valencia, is a relative newcomer to most export markets, and so far, the wines show promise. This is a high-altitude region where winegrowing dates back to at least the 6th century BCE, and the native red variety, Bobal, is still the workhorse. The wines tend to be full-bodied and fruit-driven, while the best examples are made with an eye to energy, making this another region to follow. I have come across a handful of interesting white wines (which make up less than 6% of the zone’s production), especially bubbly versions (interestingly, allowed in Requena but not Utiel), but it is the reds that are most worthy of readers’ attention for now. 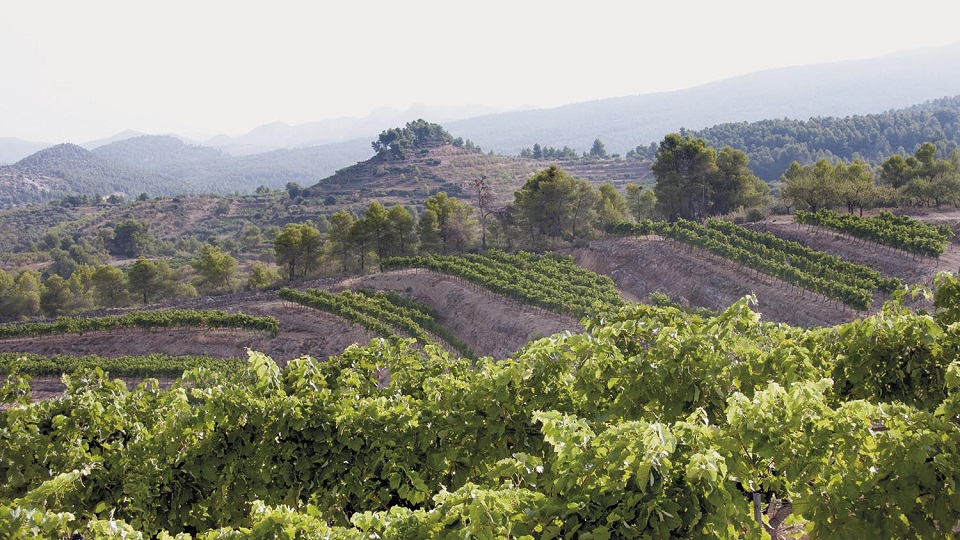 Rolling hills, varying exposures and a range of soil types all contribute to the different styles of Montsant's wines.

In the case of Jumilla, “insane value” isn’t far off the mark for expressive, fleshy yet energetic, fruit-driven red wines. We’re talking numerous excellent wines in the under-$15.00 category and even some under $10.00. This relatively large region encompasses some 32,000 hectares of vines (half of Rioja’s hectarage, six times that of Priorat and a third more than Ribera del Duero, for perspective). Jumilla is home to an impressively vast collection of old, bush-grown and drought-resistant Monastrell vines, which make up almost two-thirds of the entire region’s plantings. While I’ve had plenty of Jumillas stand the test of cellaring, especially the superb wines of Bodegas El Nido, the zone’s true strength, I believe, is in deeply fruity, concentrated and highly perfumed wines that deliver immediate pleasure for ridiculously low prices. 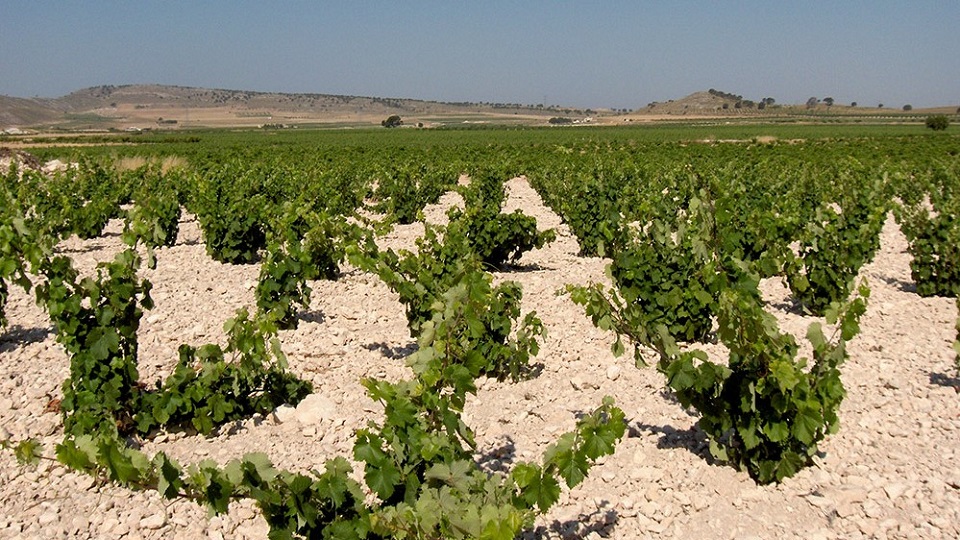 Andalusia (Andalucía) is well known, of course, for white-grape-based Sherry, but a handful of producers have begun to resuscitate the region’s ancient red wine tradition, established at least 2,000 years ago, when the Phoenicians first settled here. Tintilla, by far the best known and most commonly encountered local variety, has been discovered to actually be Graciano, which is well established in Rioja, raising the question of whether the grape originated in Andalusia or in Rioja. Given the history of Spain, my bet is that the Rioja plantings are imports from the south, but I’m careful about saying that around Rioja people. As with Rioja, Tintilla produces a relatively high-acid wine, with firm structure and noteworthy energy and focus. It’s still extremely early days, but so far, I’m impressed and excited to see which way things go.

Rioja Looks Back and Ahead, Josh Raynolds, February 2019