Slowly but surely, Australian wines, at least those of high quality and in the $20 to $50 range, are regaining their foothold in export markets. The reputation of high-end Australian wines was dealt a severe blow by the flood of overblown, over-alcoholic and often sickly-sweet bottlings that the country began producing in the late 1990s, and the damage lingers. A quick scan of wine lists in American restaurants and the shelves of wine retailers will confirm that point, as will conversations with wine collectors, most of whom will proudly, even arrogantly state that their cellars contain not a single bottle of Australian wine.

Fortunately, positive changes have been occurring steadily if mostly under the radar of most consumers and even the trade. Adventurous producers who make elegant, Old World-influenced bottlings are challenging the stereotype that Australia is a one-trick pony that issues only massive, alcoholic wines without energy or complexity, and the number of such wineries is increasing. I saw more graceful, vibrant, well-balanced Aussie wines over the past year than ever before, and they come from across the breadth of that country’s wine-producing regions. Still, it’s an uphill struggle to get those wines into the glasses of vinous tastemakers, particularly those based in the U.S., as virtually every importer and producer I’ve talked and tasted with has noted. The Australian wine industry is among the most dynamic in the world right now but, unfortunately, that act seems still to be playing too often on the second stage.

Many wine merchants continue to give Australian wines a wide berth based on their past experiences or, in many cases, on second-hand information that Australia makes only commercial, low-brow wines. That’s their—and their customers’—loss as they’re missing out on some truly exciting wines that can rival the best in the world for their respective varieties and styles. While the market has clearly indicated its lack of appetite for cartoonish Australian wines at any but the lowest prices and importers around the world are seeking out wines that show more restraint, far too many consumers continue to think that the monster style is still the only one that Australia can produce aside from cheap and cheerful versions.

In the following paragraphs I have provided a very brief general overview of Australia’s most important wine regions and what they do best. 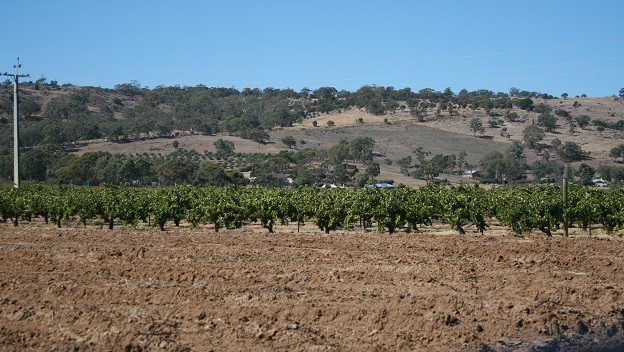 Sandy soils in the Vine Vale region of Barossa

For many people, the red wines from this sprawling and diverse area define Australian wine, for better or worse. This is the home of the Barossa Valley, with its deeply concentrated renditions of Shiraz and Cabernet Sauvignon, as well as the McLaren Vale, which produces many outstanding wines from the same varieties, albeit on a relatively less boisterous scale. The Adelaide Hills excels with taut Sauvignon Blancs, while the Clare Valley is responsible for most of Australia’s best Rieslings as well as for vibrant red wines that lean distinctly Old World in character. Coonawarra is renowned for its earthy, ageworthy Cabernet Sauvignon-based wines, the best of which can age and gain in complexity like serious Bordeaux. 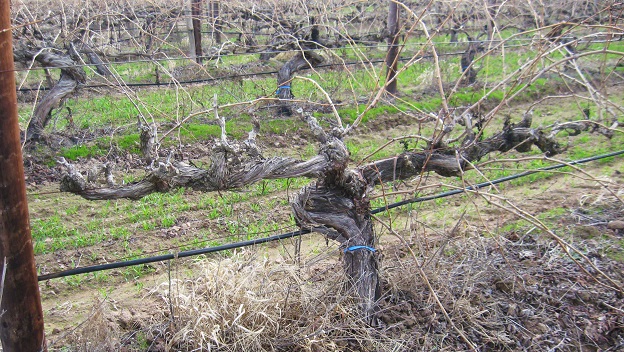 A 100+ year old Shiraz vine in the Clare Valley

This relatively cool, mostly hilly region that counts Melbourne as its hub produces Australia’s finest Pinot Noirs and Chardonnays, not to mention a small but growing number of energetic wines from Rhône varieties. The Yarra Valley, in particular, is a consistently reliable source for elegant Burgundian Pinot Noirs and Chardonnays that have strong track records for ageworthiness. Melbourne itself, especially its elite restaurants, provides steady, sometimes insatiable demand for the top producers’ wines, making them hard to find outside of their home region. 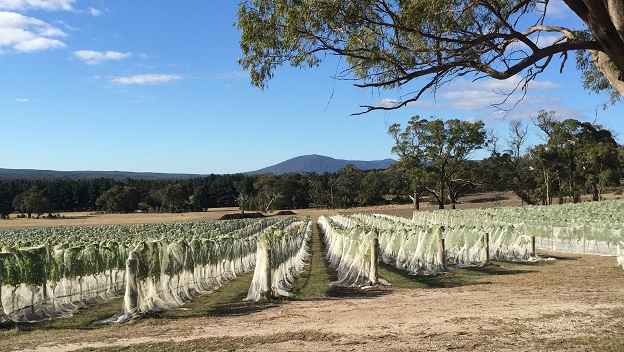 Bird protection for vines in the Mornington Peninsula, Victoria

Western Australia is one of the most successful areas in the world for producing Cabernet Sauvignon-based wines, especially the Margaret River region. Western Australia’s top wineries have fiercely loyal, well-heeled local followers who support the wines’ often lofty prices. Their best white wines, mostly based on Sauvignon Blanc à la Bordeaux, can also be outstanding, as can Chardonnay and, increasingly, Syrah. There are also a handful of deadly serious producers of world-class Riesling in the area, notably Frankland River and Mount Barker in Great Southern, but Cabernet Sauvignon, often blended with Merlot and other Bordeaux varieties, is the source of Western Australia’s fame.

Semillon is the signature grape here and classic renditions of the variety, which seldom top 12% alcohol and usually cruise closer to 11% or even 10%, can age and improve for decades. The best Hunter Valley Semillons can be hard to find outside the region as Sydney soaks up more than its fair share of these steely, mineral-driven wines, which are outstanding companions to raw or simply adorned shellfish dishes. The red wines of the area, with Shiraz leading the pack, usually tend to the earthy side in my experience; while they can age well, they rarely attain the complexity of South Australia’s versions of the variety. They’re also somewhat difficult to find, especially in the U.S. market.

Long considered Australia’s great hope for sparkling wines and nervy Chardonnays and Pinot Noirs, Tasmania does indeed produce some outstanding versions of those styles. But since the top wineries tend to be quite small, their wines can be extremely difficult to hunt down off the island. The cool, Southern Ocean-influenced north and east coasts of Tasmania are the source for virtually all of the island’s best wines and a handful of them are becoming more readily available in export markets. Perhaps the most interesting recent development here is the emergence of serious wines from the Coal River Valley in southeastern Tasmania, not far from the island’s capital, Hobart. It’s still early days but this could turn out to be one of Australia’s best sources for Pinot Noir and, perhaps, for Chardonnay as well.

Two thousand eleven was a vintage that red wine producers in South Australia and Victoria would like to forget. Rainfall across the southern tier of the country was of epic proportions—almost four times normal—with most of it occurring in the lead-up to harvest, ensuring a good dose of rot. To make matter worse, the weather was also cold and the harvest was pushed back in some cases by a full month for late-ripening red varieties; much of this fruit never ripened properly. Shiraz in particular was badly affected by mildew and botrytis; many growers simply walked away from their fruit and many winemakers threw in the towel as well, with some opting to make a single blend where in normal vintages they might produce several separate bottlings.

The 2012 vintage brought much better quality across southeastern Australia. A cool spring and a warm, dry summer (but cooler in Victoria) resulted in healthy, clean, perfectly ripe fruit that was harvested on the late side (by choice, not by necessity as in 2011). The downside is that the crop was short on account of cold weather at the beginning of the growing season, which delayed flowering and reduced yields.

As for 2013, recently released red wines also show very good promise but, once again, yields were low, often as much as 50% less than normal. The wines display good concentration and balance, with harmonious tannins and fruit to the fore, which should make them good candidates for early consumption.

A generally warm, dry, event-free growing season in 2013 made for what looks to be a very good to excellent vintage in Western Australia but, like their South Australian colleagues, growers suffered a cold spring and thus a short crop. The red wines should be approachable soon after release thanks to their juicy fruit, healthy enlivening acidity and gentle, well-knit tannins. Two thousand twelve witnessed higher yields than 2013 in Western Australia, and the hot, dry growing season resulted in red wines of very good depth and power, with the structure to age. They are on the tannic side but not overly so, which will allow them to be enjoyed after five or six years of bottle age.

All of the wines in this article were tasted in New York this past fall and winter.

Central Spain: Tempranillo and Beyond

The Many Facets of Rioja