Just before leaving home shores for an extended trip to France (indeed, I am writing this looking over the serried vines in Saint-Émilion) I joined head winemaker Charles and Anthony Symington for a tasting of their 2019 Vintage Ports, including 2009s and 1999s as they are part of limited edition three-vintage box sets. It was not a General Declaration in 2019, but of course, that does not imply a poor growing season by a long shot. So, I asked them specifics about the year in the Douro vineyard. 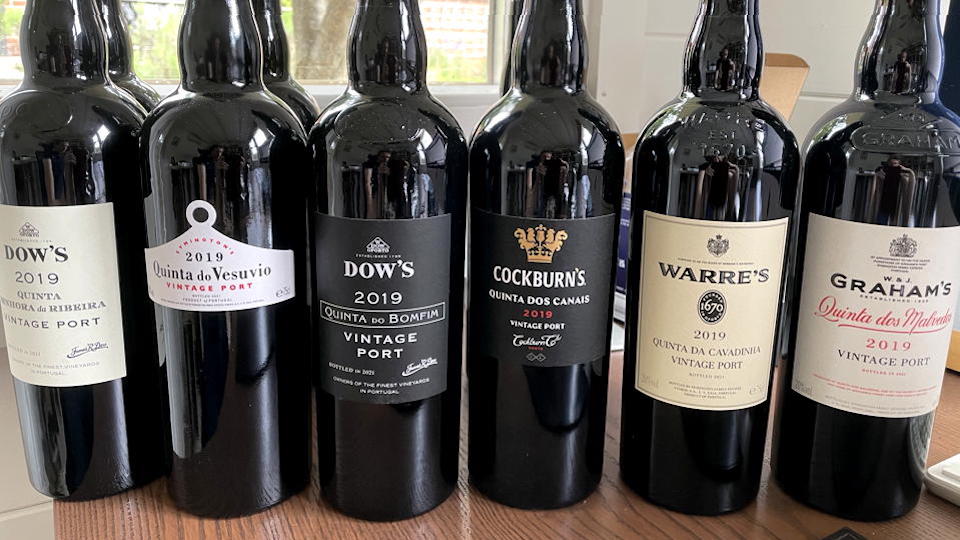 “In November we had double the amount of rain (156mm) which was very fortunate as we had a very dry winter (just 144mm),” Charles Symington explained via Zoom. In fact, overall, there was just 50% of the normal average rainfall. “There was an early bud burst, a week early. We had a very wet April, which was important because from May there was an exceptionally dry spring and summer. The rain that we did have, came at the right time, plus June to August were not too hot and without peaks. It was cool for the Douro. We found the vines’ [growth] were a little behind compared to recent years and we were lucky to have rain on 24 August, between 4-12mm, which kept things ticking over. It cooled the overall temperatures and balanced out the maturation [of bunches]. We started picking around 10 September, the varieties ripening in their usual sequence. We had a little more rain on 21 September, which was good timing, sufficient to pick the Tinta Franca in early October. It was one of the longest harvests on record, extending over six weeks. The wines are elegant and balanced, with some exceptional Touriga Naçional that tends to be more sensitive to heat spikes."

Instead of blending the quintas together to declare a Dow’s, Warre’s, Cockburn or Graham, Symington’s opted to scythe off the best fruit from their individual vineyards and release six single quintas. If you don’t mind, I will allow the tasting notes to speak for themselves. I found these 2019s generally quite concentrated, racy and intense, perhaps feisty at times, which I do not infer pejoratively. Certainly, they have the substance and nascent energy to merit cellaring although nowadays, Vintage Ports are far more approachable. My pick? The two quintas belonging to Dow’s: Quinta da Bomfim and Quinta Senhora Ribeira, the latter demonstrating a touch more delineation and precision. Unfortunately, at time of writing this is only being released in the UK.