Who doesn’t love a General Declaration? There is always a frisson of excitement when the major Port houses put aside their friendly rivalry and gather together to announce that a season produced fortified wines worthy of historic names such as Fonseca, Dow’s and Noval Nacional, among others. It reminds me of the climactic scene of Ghostbusters, when our intrepid heroes risk something “very bad” by crossing their proton streams to defeat the evil Gozer. Admittedly, a Port declaration is not quite as dramatic as that. But it has a similar effect: a joining of forces to form a consensus about a vintage that is more powerful than a single Port house declaration.

However, General Declarations do not come in pairs. They are supposed to be drip-fed, three or maybe four each decade, keeping Port aficionados on their toes. The chances of consecutive General Declarations must be incredibly low, considering not just the meteorological odds of a textbook growing season but also the willingness of all Port houses to declare. (Although, come to think of it, how many “vintage of the century” declarations are the Bordelais on now?) The closest the Douro has come is in 1991 and 1992, with what you might call “semi-declarations,” though Charles Symington told me that in fact there were consecutive General Declarations in 1872/73. For the record, I cannot actually remember those. 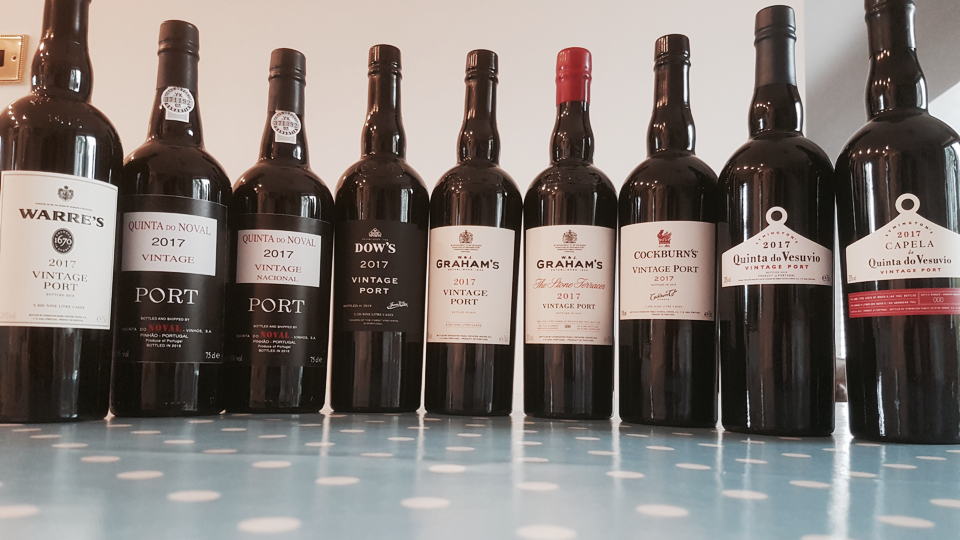 Last year, as Taylor Fladgate, Symingtons and Quinta do Noval et al, declared the 2016s to palpable relief, since the last was back in 2011, there were already murmurings echoing down the Douro valley that 2017 had knocked the ball out of the park and that it would be sacrilegious to forgo another Declaration. And so it has come to pass. “I consider these wines to be among the best that I have known during my time at Quinta do Noval,” enthused Christian Seely, who oversees Quinta do Noval, part of AXA Millésime’s portfolio. “The decision to declare them was a very easy one.” Charles Symington joined the chorus of approval, writing: “In my 25 years as a winemaker in our family vineyards, I have never seen a year like this.” Adrian Bridge at Taylor Fladgate told me that both vintages reached the “absolute quality” to make a declaration, especially because they produced different styles of Port.

So what happened in 2017 that gave the Port houses no choice but to declare? 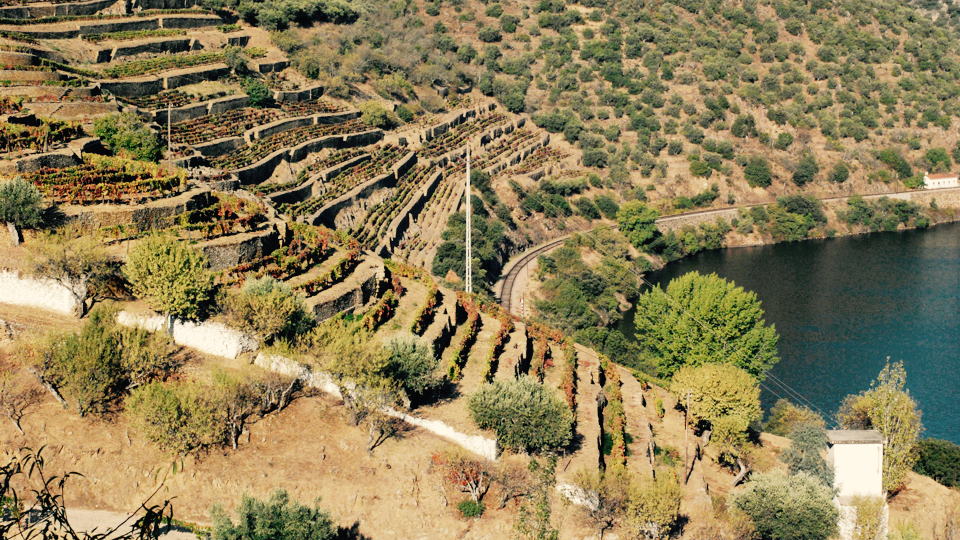 The terraces in the Douro Valley that step down to the riverbanks.

The key to the 2017 vintage is the incredibly hot, dry spring. Apart from a deluge of between 25mm and 30mm (1–1.2 inches) on July 6, there was only around 300mm (12 inches) of rain from November 2016, winter having also been relatively dry. In fact, it was so dry, Bridge told me, that the Spanish source of the Douro River dried up for the first time ever. A heat wave from June 7 to 24 saw temperatures plateau at 42–44°Celsius (107–111°F), the hottest since 1980; subsequently it was very hot but without heat spikes. Vines reacted with vigorous growth, so that from bud burst onward they remained two to three weeks ahead of the normal cycle compared to 2016. So the aforementioned rain in July occurred after and not before véraison, and this injection of vigor was transferred into the berries. It also took the sting out of the incessant heat of August; vines were able to manage any water deficiency and did not shut down. Canopies were quite small, likewise the berries and bunches, so an abundant crop was never on the cards.

Unsurprisingly, it was an early harvest, the reds picked from around August 21 until the end of September. At Taylor Fladgate, the 2017 harvest finished the same day it began in 2016. The dryness meant that sanitary conditions were near perfect. However, as already mentioned, the Port houses were looking at small yields, around 20% lower than average, Symington cropping at around 860 grams per vine or 2.5 tons per hectare and some Quintas even lower (information in the tasting notes). One unusual aspect of the 2017 vintage was the performance of the Touriga Franca. Charles Symington told me that it was the first time he had seen yields smaller than those of Touriga Nacional, and he sees this variety as a cornerstone of quality. He also pointed out Sousão as another possible unsung hero, since it tends to offer higher levels of fixed acidity, crucially imparting freshness into the concentrated 2017s. In terms of the winemaking, it was possible to ferment at lower temperatures and maximize aromatics and structure. Both David Guimaraens, head winemaker at Taylor Fladgate, and Johnny Symington compared the summer to 1945, which produced a raft of legendary Vintage Ports (even though it was so dry that they had to ship drinking water up the Douro.) 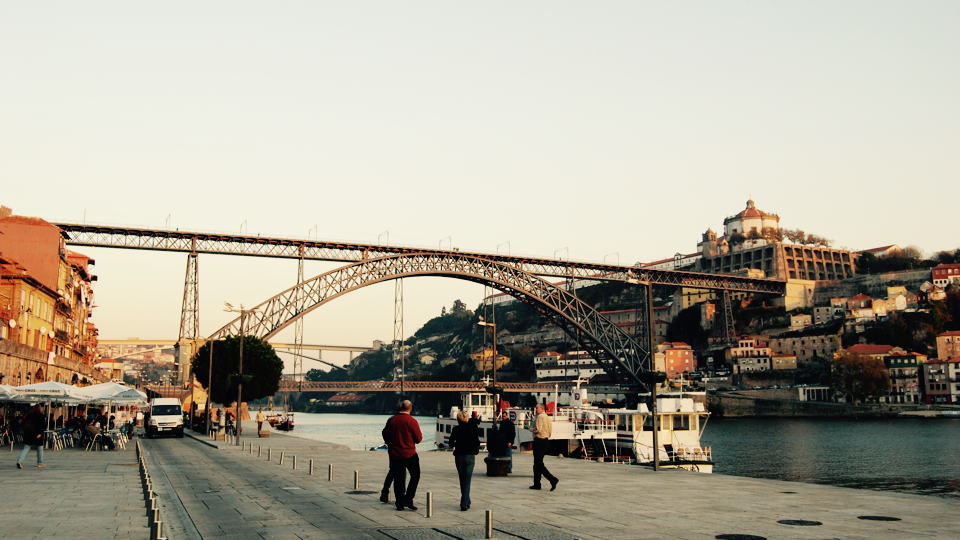 The famous bridge that spans the mouth of the Douro River in Porto.

The consecutive declaration inevitably means that the 2017s will be compared to 2016s. Quite rightly, those that splashed out on 2016 will want to know why they should open their wallets again. Well, the answer is clear when you taste them: whereas the leitmotifs of 2016 are elegance and finesse, 2017 is more about structure and intensity. The 2017s are more hedonistic than their 2016 counterparts and yet the startling aspect of these Ports is their freshness. Theoretically the heat of summer ought to have sapped the wines of their brightness and acidity, yet it is clearly locked in and there is plenty of tension. The result is a number of very intense though not exotic Ports, in that they avoid hedonism and there is no loss in typicity. At times they verge on overwhelming the senses, though of course I am sinfully approaching them decades before their prime. Conjecturing what the 2017s will become, the mind boggles. The quality of the vintage is such that all Port houses saw fit to release special labels, and there is good reason for this. The dry conditions meant that the oldest vines with the greatest spatial root systems performed exceptionally well. So not only do we have the famous Quinta do Noval Nacional that debuted back in the 1920s, but we have maiden releases of Serikos from Croft, and also the Vinha Velha from Quinta de Vargellas and Capela da Quinta do Vesuvio. (I have sneaked in an additional tasting note for the recently released non-vintage “VV” from Niepoort.) 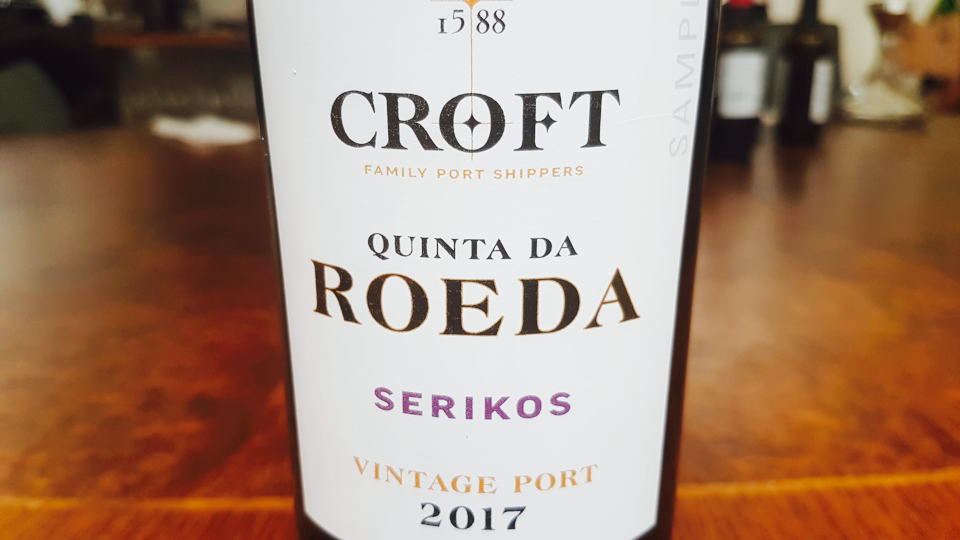 Clearly, these 2017 Vintage Ports merit a General Declaration. In fact, it would not surprise me if General Declarations do become more frequent, because winemaking techniques have improved so much in recent years. Nowadays not only is there more expertise in the vineyard, but winemaking techniques have been vastly fine-tuned, not least in terms of temperature regulation in the vat and the cellar. Perhaps what might limit General Declarations is if global warming continues and seasons become too hot and dry. But at least what we do not have is a “2016 Part Two” (a bit like 2009 and 2010 in Bordeaux – the same wines cut from different cloths). I expect prices to be pegged close to 2016, probably with a small increase since 2017 is one of the smallest declarations in terms of volume (figures detailed in respective tasting notes where possible).

When will the next General Declaration be announced? Wait and see. But one thing that is guaranteed is that I will still love Port.