The news came over the weekend. It was not unexpected, but shocking just the same. Pio Boffa had succumbed to COVID-19 after a two-week battle in the hospital the texts said. And with that, Piedmont had lost another reference point.

Pio Boffa was the fourth generation to run his family’s Pio Cesare winery in Alba. He spearheaded many important initiatives at Pio Cesare, including the acquisition of numerous vineyards and the introduction of single-vineyard Barolos and Barbarescos. Boffa was also a great ambassador. He travelled the world constantly to promote his wines and Piedmont. Boffa’s boyish enthusiasm was infectious. “I just signed a deal to buy a large parcel in Mosconi,” he told me a few years ago, before the announcement was public. “I can’t wait for you to taste these wines,” he added as his voice resonated off the walls of his spacious office.

Boffa’s larger than life persona and big laugh could fill an entire room. I have many fond memories of tasting with him, including the time he travelled to New York with an incredible collection of older vintages for me to sample. When I walked into Il Mulino, one of New York City’s few remaining old-guard Italian restaurants, I felt like I was on a movie set. 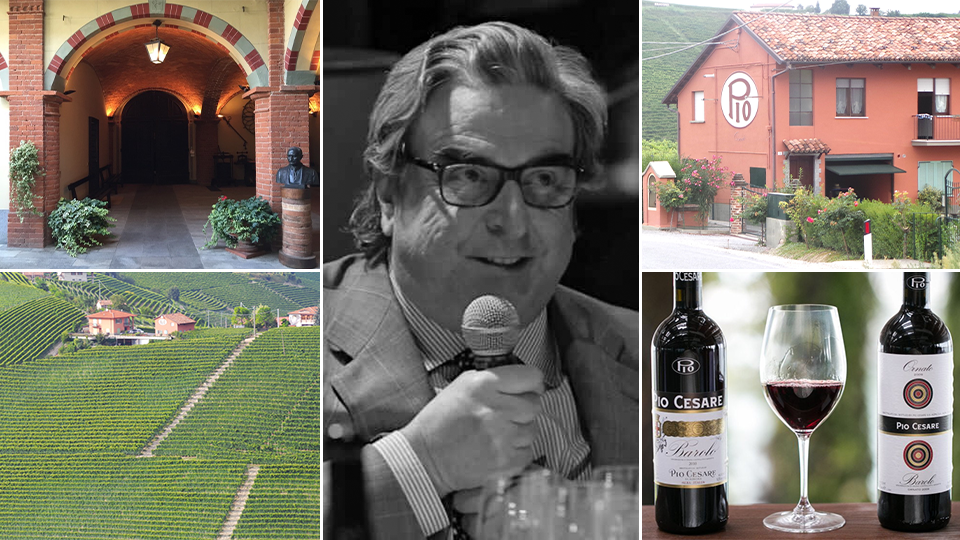 Even today, visiting Pio Cesare is like stepping back into time. The simple entrance tucked off a small side street in the center of Alba is typical of hardworking Italians who are often quite private and prefer to not overtly display wealth. Behind that door lies a large winery that transports the visitor to another era, the time when Barolo and Barbaresco were almost exclusively bottled by large houses, the négociants of the Langhe.

While the rise of single-vineyard Barolos and Barbarescos has generally been a positive trend in Piedmont, it has come at a cost. And that is the intimate knowledge of every little parcel of land the older winemakers have. Today’s young producers know their vineyards well, but they often aren’t too familiar with much outside their own sites. Pio Boffa was an old-timer’s old-timer. He knew every vineyard in the Langhe inside out, along with the histories of the families that worked those sites.

I suppose death is inevitable, but a passing at this late stage of the COVID-19 pandemic seems especially tragic and senseless. The loss of a life is always sad. But when one of Piedmont’s old guard dies, we lose something more than just the person, and that is their knowledge, a knowledge that is increasingly held by just a few people who remember when making Barolo and Barbaresco was a struggle. When producers would give away bottles of Barolo as a ‘thank you’ to customers who bought a case of Dolcetto. A time when vintages took years to sell through. There were no such things as ‘allocations.’ That is what Piedmont was like until twenty years ago, give or take.

My fondest memories of Pio Boffa are watching him entertain, often at one of the big central tables at La Ciau del Tornavento in Treiso, not too far from Pio Cesare’s Il Bricco vineyard. A serious critic must sacrifice personal friendships with producers, so I watched from afar as Boffa regaled his guests with food, wine and what were surely a ton of fascinating stories. Pio Boffa was in his element at the dinner table. It was his stage and he loved playing the leading role.

All of us at Vinous extend our deepest condolences to the Boffa family.