La Festa del Barolo returns to New York City January 31 through February 2, 2019. First held in 2011, La Festa del Barolo brings together growers, wine lovers from around world and dozens of top sommeliers for a weekend event that is the ultimate Barolo experience.

Tickets to La Festa del Barolo 2019 are now on sale for Classic and Pro subscribers on a first come, first served basis.

The Gala Dinner, the 2014 Barolo Masterclass Tasting and La Festa del Barolo 2019's new event, The Rare Wine Dinner, are sold out. Please sent an email to events@vinous.com if you would like to be added to the wait lists. 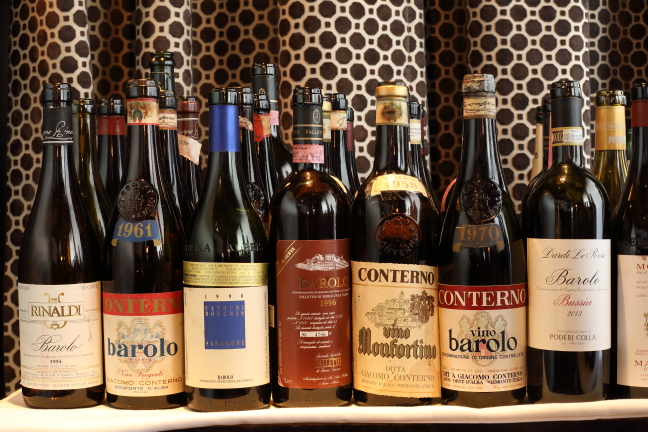 La Festa del Barolo 2019 begins on Thursday, January 31 with the Rare Wine Dinner, which continues our series of historic tastings exploring the great estates of Piedmont. This year’s Rare Wine Dinner, a vertical tasting of Giuseppe Rinaldi's super-rare Barolo Riserva Brunate from 1978 to 2010, will be held at The Rooftop at The NoMad Hotel NYC. The wines will all be served from magnum or 1.78-liter bottiglione, a traditional Piedmontese large format that is no longer in use. Rinaldi fans will know that the tiny production of pure Brunate is mostly held in the family’s private reserve and sold to a few long-time customers. Marta and Carlotta Rinaldi will be present to celebrate the memory of their father, who passed away earlier this year. Please send us an email at events@vinous.com if you would like to be added to the wait list.

The Gala Dinner & Charity Auction will be held on Friday, February 1. Fifteen growers will each host a table and present two older vintages from large format bottles while guests are invited to bring wines from their own cellars in what is without question the most extravagant Piedmont BYOB dinner anywhere in the world. The Gala Dinner is the perfect moment for guests to share older bottles or large formats.

On Saturday, February 2, we will host the 2014 Barolo: Surprise, Surprise... tasting in La Festa del Barolo’s traditional masterclass format. Antonio Galloni will moderate a spirited, interactive discussion with fifteen growers. A light lunch will follow with an opportunity to revisit the wines and spend time with the attending producers. Please send us an email at events@vinous.com if you would like to be added to the wait list.

The above information is current as of January 27, 2019 and is subject to change.