Join Antonio Galloni and Vinous for this special weekend celebration dedicated to the great wines of Barolo. Fifteen reference-point producers will be on hand to personally show their wines in a historic gathering of winemakers and consumers from around the world. Guests can look forward to an extraordinary wine and food experience, as captured in the coverage of the 2015 and 2013 editions.

Our 2011 Barolo tasting will be held in La Festa’s traditional masterclass format, while the Gala Dinner & Charity Auction is the perfect opportunity to share older bottles or large formats with fellow guests. As always, the focus is on education and conviviality, with a few twists thrown into the mix.

This event is now sold out. To be put on the wait list please email info@vinous.com

A full list of auction wines can be found here.

Join fifteen of Barolo’s finest producers for what is sure to be an extraordinary dinner in the Pool Room at The Four Seasons Restaurant, one of the most beautiful and iconic dining rooms in New York City.

Each winemaker will pour two older vintages from their library at the BYOB Gala Dinner, where guests bring wines from their own cellars to share with their friends and fellow guests. A group of New York’s most talented sommeliers drawn from the city’s top restaurants will oversee wine service.

The Charity Auction will consist of a handful of specially selected, rare lots. This year we are supporting The Zone, a state-of-the art facility within The Mount Sinai Hospital that helps seriously ill children and their families cope with hospitalization. Please note that all checks for auction winnings must be personal checks not Foundation or Family Trusts, made out to The Mount Sinai Hospital.

We have prepared a brief Frequently Asked Questions (FAQ) to address any last minute questions you may have.

2011 Barolo: The Here and Now Masterclass Tasting - SOLD OUT

In the Saturday morning session, Antonio Galloni will moderate a seated masterclass tasting. The 2011 Barolo: The Here and Now tasting will explore the subtleties and nuances of Barolo's diverse microclimates through the wines of fifteen historic, reference-point producers. Attendees will have the opportunity to ask producers questions in a highly interactive, engaging setting.

Immediately following the tasting we will serve a light lunch in the adjoining Grill Room, during which guests will be able to continue enjoying the wines served during the masterclass tasting. Lunch will be served for guests attending 2011 Barolo: The Here and Now. 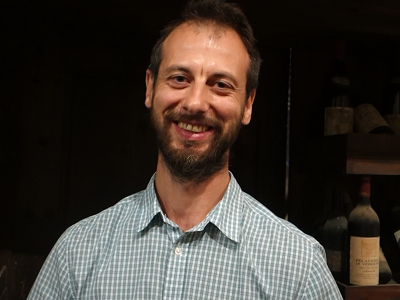 Fratelli Alessandria is one of Barolo's under the radar gems. Over the last few years the wines have been especially brilliant. The emphasis is very much on the vineyards, while in the cellar the approach is decidedly rooted in tradition. The estate works mostly with vineyards in Verduno, where the winery is located, but also owns a parcel in Gramolere, a high-altitude site in Monforte, that entered the family's holdings through marriage.

Explore:  Vittore Alessandria on Winemaking at Fratelli Alessandria in the 1960s and 70s, The Vineyards of Barolo – Monvigliero, San Lorenzo di Verduno,

Luigi Scavino has been crafting gorgeous Barolos for many years, but over the last few vintages Scavino and his son Lorenzo have taken quality to another level, which is obviously great to see. Azelia's Barolos deliver pleasure throughout their entire lives, something that very few other Barolos are capable of, at least to this degree. 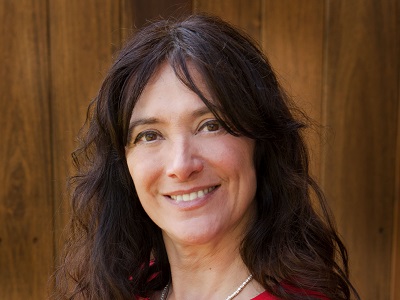 Proprietor Chiara Boschis runs this small property in the center of Barolo with her trademark boundless passion and enthusiasm. The main wines are Barolos from Cannubi and Mosconi. The multi-vineyard Via Nuova is a modern-day example of the classic Barolo approach that calls for the blending of fruit from several sites. Boschis’s Barolos reflect an intriguing intersection between modern and traditional approaches to viticulture and oenology. These are some of the prettiest and most expressive Barolos readers will come across. 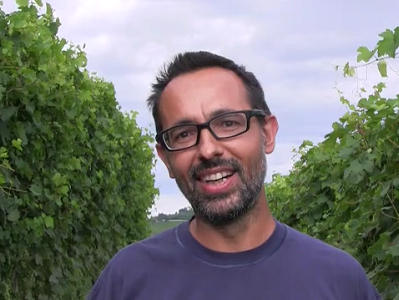 Alex Sanchez abandoned the hectic life of a career with McKinsey in Madrid for the bucolic hills of Piemonte when he married Elena Brovia. The Brovia family owns parcels in some of the most prestigious sites in Castiglione Falletto and Serralunga, including Rocche, Villero, Bricco Fiasco and Voghera/Brea. The wines are made in an enlightened traditional style that captures immense grace and stature in every bottle. 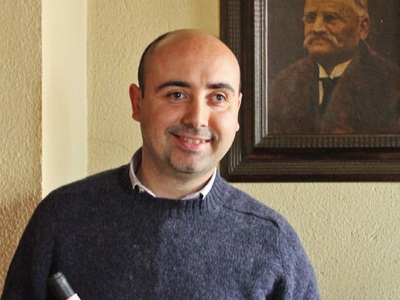 Burlotto is one of Barolo’s reference-point producers. Fabio Alessandria crafts refined, silky Barolos from some of the top sites in Verduno and Barolo. The flagship Barolo Monvigliero is one of the few Barolos made with 100% whole clusters. In recent years Burlotto's Cannubi has come on very strong. The multi-vineyard Barolo Acclivi and a straight Barolo bottling are generally more accessible and good starting points for readers who want to learn more about the house style. 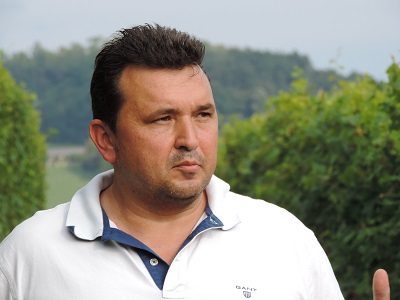 Proprietors Valter Fissore and Nadia Cogno have made some of the most exciting wines in Piemonte over the last few years. Cogno is located in the Ravera sub-zone in Barolo, a collection of sites capable of yielding exceptionally elegant and polished wines. The Cogno Barolos are built on aromatics, finely sculpted fruit and racy tannins, all hallmarks of Ravera. 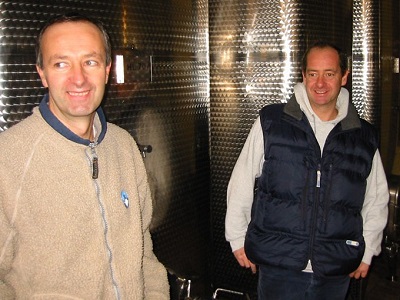 Brothers Alessandro and Gian Natale Fantino run this tiny estate in the heart of Monforte's historic center. All of the wines emerge from the Dardi vineyard, which lies in Monforte's Bussia district and are made along traditional lines. 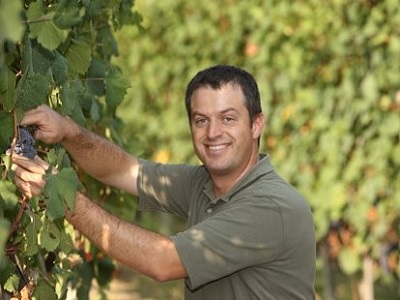 Gianluca Grasso crafts exquisite Baroli from Ginestra, Gavarini and Runcot, all top sites in Monforte d’Alba. Although often considered one of Piemonte’s fastest rising stars, the reality is that the wines have been stunning here for many years. The Baroli Ginestra Casa Matè and Gavarini are made along traditional lines, while the Riserva Rüncot is aged in French oak barrels. These are but details though, what comes through most in the Grasso Baroli is the impeccable elegance of the fruit. 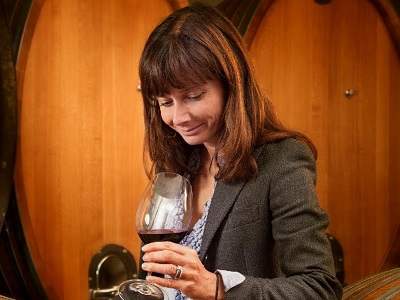 The Rinaldi Barolos are notoriously slow to mature, so readers will have to be patient. Rinaldi remains one of the leading exponents of traditionally made Barolo. Readers who lean towards the classic should not miss these superb, handcrafted wines from one of Barolo's old guard families. 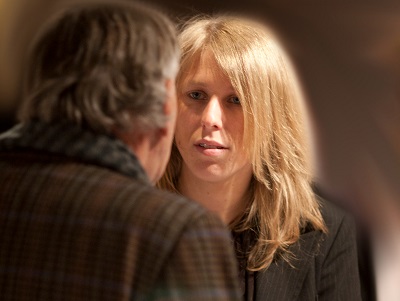 Time stands still at Giuseppe Rinaldi, one of the most staunchly traditional wineries in Piedmont. Things are done here as they have always been done, which is to say following a gradual and human pace. Rinaldi’s Barolo Brunate represents the intersection of Barolo's artisan and noble cultures. Seductive, alluring yet austere when young, the Rinaldi Barolos are among the most compelling wines in Piedmont. 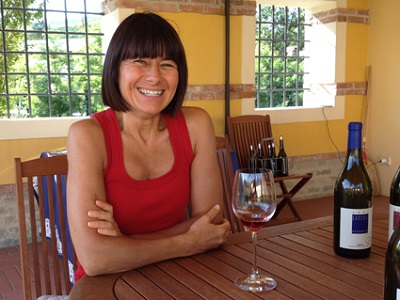 Since 1978 Luciano Sandrone has turned out some of the most elegant and refined wines in Piedmont from his holdings in and around Barolo. In most vintages Sandrone’s Barolo Cannubi Boschis is one of the region’s benchmark wines. The Barolo Le Vigne combines a contemporary approach to vineyard and cellar work with fruit drawn from top vineyards across multiple villages, reviving a tradition that is now mostly lost. 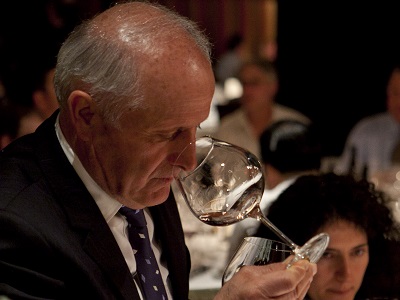 Proprietor Enrico Scavino, along with his talented daughters Elisa and Enrica has been at the forefront in making rich, textured Baroli that can be enjoyed relatively young, but without sacrificing longevity. The Scavino family owns vineyards in many of Piemonte’s top sites across multiple villages. It’s hard to know where to start, the Baroli Bric dël Fiasc, Cannubi and Riserva Rocche dell’Annunziata are all benchmarks. 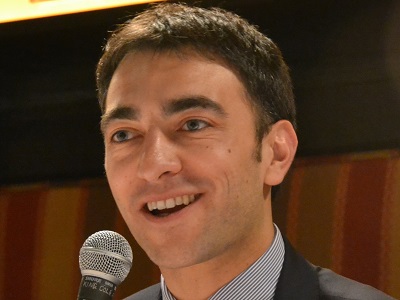 One of the characteristics that world-class properties share is consistency across their entire range, and that is without question one of key elements that places Vajra among Piemonte’s elite. Aldo and Milena Vaira, along with their children, Giuseppe, Francesca and Isidoro, craft finessed wines that capture the essence of the Piemontese artisan tradition. The Barolo Bricco delle Viole, from the Vergne sub-zone, is the flagship, but the reality is that is virtually impossible to go wrong with any bottle that emerges from this cellar. A new Barolo from Ravera is the latest addition to the range. 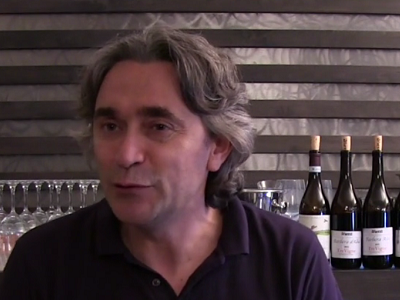 The Vietti, Currado and Cordero families boast a rich history that goes back many decades. Vietti was among the first growers to bottle single-vineyard wines, own their vineyards and build a significant presence in export markets. Although the wines have always been benchmarks, they have never been better than under the current stewardship of brothers-in-law Luca Currado and Mario Cordero. 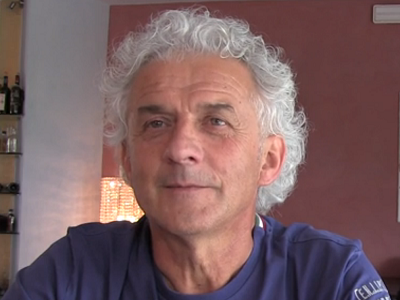 Roberto Voerzio is renowned for a maniacal approach in the vineyards, which results in some of the richest, deepest Barolos being made today. Everything in these cramped cellars is bare-bones, which allows the unique voice of each of Voerzio’s eight La Morra single-vineyards to speak with notable eloquence. In particular, Voerzio’s wines from weaker vintages set him apart as one of the most gifted growers in Piemonte, Italy and the world.

We look forward to welcoming you to La Festa del Barolo 2016.

If you have questions or comments please contact us at events@vinousmedia.com

All information is accurate as of November 12th, 2015 and is subject to change.